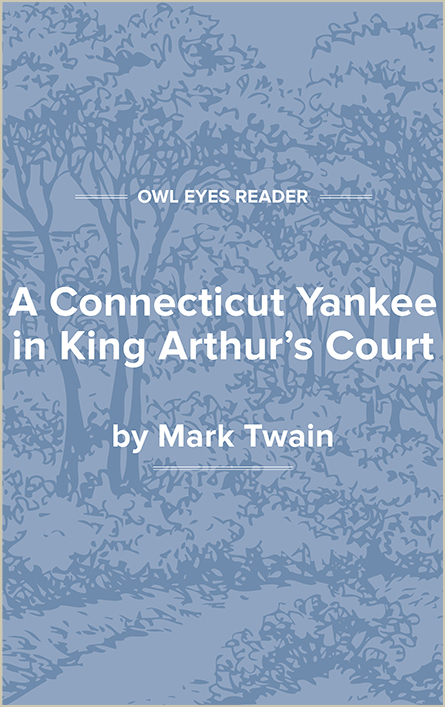 The ungentle laws and customs touched upon in this tale are historical, and the episodes which are used to illustrate them are also historical. It is not pretended that these laws and customs existed in England in the sixth century; no, it is only pretended that inasmuch as they existed in the English and other civilizations of far later times, it is safe to consider that it is no libel upon the sixth century to suppose them to have been in practice in that day also. One is quite justified in inferring that whatever one of these laws or customs was lacking in that remote time, its place was competently filled by a worse one.