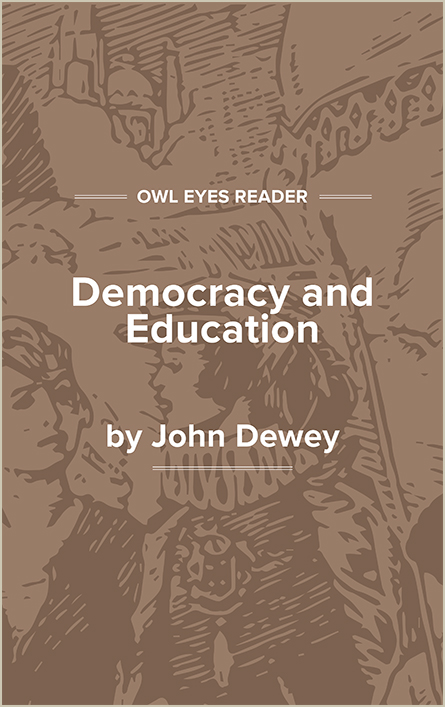 The most notable distinction between living and inanimate beings is that the former maintain themselves by renewal. A stone when struck resists. If its resistance is greater than the force of the blow struck, it remains outwardly unchanged. Otherwise, it is shattered into smaller bits. Never does the stone attempt to react in such a way that it may maintain itself against the blow, much less so as to render the blow a contributing factor to its own continued action. While the living thing may easily be crushed by superior force, it none the less tries to turn the energies which act upon it into means of its own further existence. If it cannot do so, it does not just split into smaller pieces (at least in the higher forms of life), but loses its identity as a living thing.

As long as it endures, it struggles to use surrounding energies in its own behalf. It uses light, air, moisture, and the material of soil. To say that it uses them is to say that it turns them into means of its own conservation. As long as it is growing, the energy it expends in thus turning the environment to account is more than compensated for by the return it gets: it grows. Understanding the word 'control' in this sense, it may be said that a living being is one that subjugates and controls for its own continued activity the energies that would otherwise use it up. Life is a self-renewing process through action upon the environment.