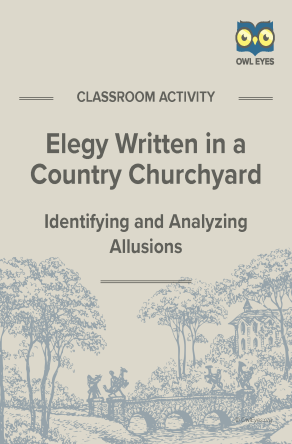 Thomas Gray (1716–1771) began to write “Elegy Written in a Country Churchyard” in 1742 after the death of a close friend, and published the poem in 1751. As the title suggests, the poem is a meditation on mortality; the speaker considers the lives of those buried at a graveyard—mostly farmers and rural people who led simple lives. In his contemplations on death, mortality, and virtue, Gray alludes to political and literary figures from English history, contrasting their grandeur and fame to the obscurity of those in the grave.