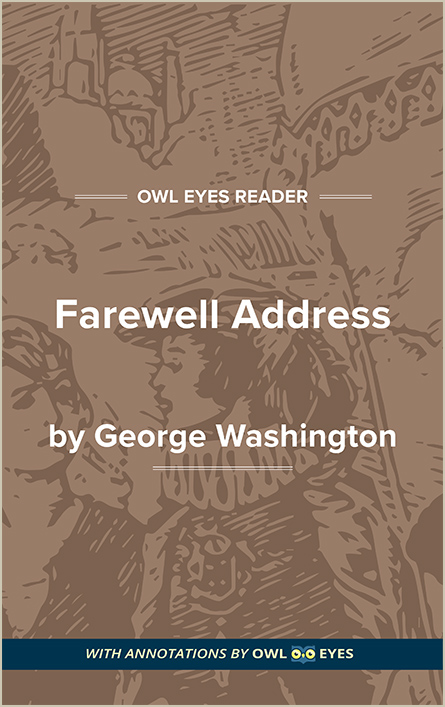 In September of 1796, George Washington was nearing the end of his second term as President of the United States. Despite his tremendous popularity and success as a politician, he wished to retire from public office. He wanted to return to his beloved estate in Mount Vernon, Virginia, and, at 64, he hoped to avoid passing away while in office. On September 19th, he published his “Farewell Address” in Claypoole’s American Daily Advertiser, aiming to reach the entire American populace, which he could not do with an oration. In the address, Washington has two primary goals: to gracefully excuse himself from office and to offer his ideas for how the country could chart the best possible course into the future. At the beginning and end of the address, Washington presents himself in humble terms as a common American, a rhetorical move that grants him an air of trustworthiness. The heart of the address, however, is a discussion of policy. Washington encourages national unity while discouraging sectionalism, underscores the importance of religions and morality in government affairs, promotes a stance of isolationism in the face of European conflicts, and calls for individuals to act in the best interests of the nation.