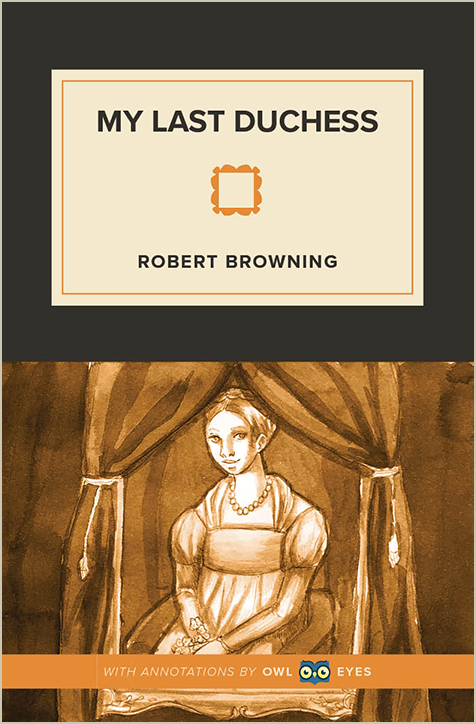 Robert Browning was born on May 7, 1812, in Camberwell, a suburb of London, England, to Robert and Sara Anna Wiedemann Browning. His father was a senior clerk in the Bank of England and a conservative, unambitious, bookish man closer in temperament to a scholar than to a businessman. His mother, a Scottish gentlewoman, reared her son to love the Church, music, gardening, and nature. Growing up in the urban middle class, Browning had one sister, to whom he paid a lifelong devotion. From 1820 to 1826, he attended a boarding school. In 1828, he enrolled in the recently opened University of London, but he withdrew after only a few months. His main education came from tutors and his father’s ample library.

In the view of many, Browning’s young adulthood was an essentially irresponsible time, as he preferred to stay at home rather than work or attend school. At home, he read Alexander Pope’s The Iliad of Homer (1715-1720), the Romantic poets in general, and a favorite who became his idol, the poet Percy Bysshe Shelley. Around 1824, Browning wrote “Incondita,” a volume of poetry in imitation of George Gordon, Lord Byron. When his parents could not get the manuscript published, he destroyed it. Only two poems from this collection have survived.

Thus, Browning’s occupation became that of poet. His whole family seemed to indulge him. When his first poem, Pauline, finally appeared in 1833, his aunt paid for its publication. Anonymously printed, the poem received little notice, and no record can be obtained proving that it sold a single copy. In fact, most critics view Pauline as a typical Romantic poem characterized by excessive self-indulgence.

During the next few years, Browning journeyed to Russia (1834) and produced two long poemsParacelsus (1835), set in the Renaissance, and Sordello (1840), set in medieval Italy. Although both poems were critical failures, taken together with his trip they indicate that Browning was learning to move beyond himself, to develop aesthetic distance from his subject.

From 1837 to 1847, Browning turned to playwriting. Determined to make a career change to dramatist and inspired by actor-manager William Charles Macready, Browning threw himself into his ambition. Strafford (pr., pb. 1837) was performed for five nights in 1837 before it closed, and his play Luria was published in 1846. None of his plays made money, and he finally abandoned the theater. That is not to say, however, that the period was wasted. During that time, William Shakespeare replaced Shelley as Browning’s literary guiding light, and Browning mastered some of the basic dramatic techniques that later made his poetry great.

In 1841, concurrent with his outpouring of drama, Browning began writing a series of eight “shilling” pamphlets. Titled Bells and Pomegranates (1841-1846) for the hem of a Hebrew high priest’s garment, all were issued at his father’s expense. Originally intending to make each pamphlet a play, Browning had such faith in his newly acquired dramatic ability that he included a few poems. Pippa Passes (1841), the first of these poems, eventually became very popular. The poem, complete with monologues and scenes, tells the tale of a factory girl’s yearly holiday and her song, which influences others into action and morality.

The strength of the ensuing poems was the dramatic monologue, a form that Browning did not invent but that he did perfect by adding a psychological dimension. Dramatic Lyrics (1842) contains his first real successes in this format, with such notable poems as “My Last Duchess,” “Porphyria’s Lover,” and “Soliloquy of the Spanish Cloister.” Dramatic Romances and Lyrics (1845) delivered “The Bishop Orders His Tomb at Saint Praxed’s Church.” Although few of these volumes sold well immediately, critics and a segment of the public began to appreciate his psychological insights into people and his grasp of historical periods. Influenced, too, by John Donne, Browning had achieved objectivity,...