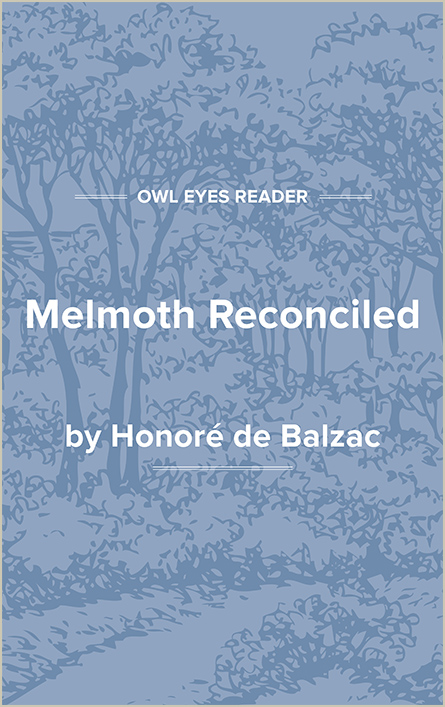 Honoré de Balzac (bahl-zahk) was born Honoré Balzac in Tours, France, on May 20, 1799. His father, originally from the peasant stock of the Albigeois, had risen to become director of commissariat to Napoleon’s 22d Division. In 1799, Napoleon was returning from Egypt to rule for fifteen years over half of Europe. Thus the first years of Balzac’s life passed during the glorious reign of Napoleon, and the emperor’s career had a great effect on the young Balzac’s mind.

From 1807 to 1814, Balzac was a student, first at the Collège des Oratoriens in Vendôme, then at L’Institut Lepître and L’Institut Ganser et Beuzelin, both in Paris. Balzac later spoke of these years as “brutalizing”; he found his school a prison. His schoolmates called him fat and redfaced; his masters thought him dull. Balzac found escape from his humiliations in the library. His appetite for reading was indiscriminate and insatiable: He read everything. There, in escape from the rigors of his schooling, he was laying the foundation for the vast store of knowledge that would later become a legend about him. These detested years in school fed his dreams of power and fame and filled him with contempt for anything less than complete possession of the world. Balzac seemed almost unable to distinguish his imaginings from actuality, and since imagination can always transcend reality, the world he knew was too small for him.

Leaving school, Balzac in 1816 entered the University of Paris to study jurisprudence. Napoleon had fallen, and France was in a state of calm. There were no worlds then to be conquered with arms, but his grandiose dreams of fame and conquest remained with Balzac as he studied law and worked to supplement his allowance in the office of a lawyer. His revolt came in 1819. Balzac left his law clerk’s stool and went home to announce that he would be an author. He wrote under a picture of the former emperor: “What Napoleon could not do with the sword, I shall accomplish with the pen.”

His family was thunderstruck, but Balzac was resolved. He arrived at a compromise with his father: He would go to Paris to write for two years; if in that time he did not succeed, he would enter a more secure profession. Balzac moved to a garret at 9 rue Lesdiguières, Paris, and began to write. When the two years were almost up, however, he had produced no work even hopeful of success except a play, Cromwell, which had come to nothing, and his father set a date for him to evacuate his room. Then he met a young man named Auguste Le Poitevin and, writing under various pseudonyms, began turning out hack work in collaboration with him. He made a little money and was granted a reprieve.

With Le Poitevin, Balzac had entered into complete literary prostitution. In 1821, he returned home but continued writing. His chief desire was to earn enough money to be freed from his family. He wrote at a prodigious rate, living almost without sleep at his writing table, stimulated by countless cups of coffee. At this time, he met with perhaps the most profound experience of his life and found his self-reliance, but not through his writing. He met Madame Laure de Berny. Madame de Berny was already forty-five, a grandmother with a daughter older than Balzac. Almost twenty-two, Balzac had never known love; he found it in this woman. The extent of her influence on his life can be seen in his saying: “There is nothing that can match the last love of a woman who is giving a man the fulfillment of his first love.”

Madame de Berny was the turning point in the development of his literary genius, but even she could not save his business sense. When the pressures of his association with her sent him again to Paris, between 1826 and 1828, Balzac entered into three business speculations that, having failed, saw him in debt for some ninety thousand francs. Ironically, having escaped the necessity of driving himself to write for freedom from his parents, he promptly made it necessary...