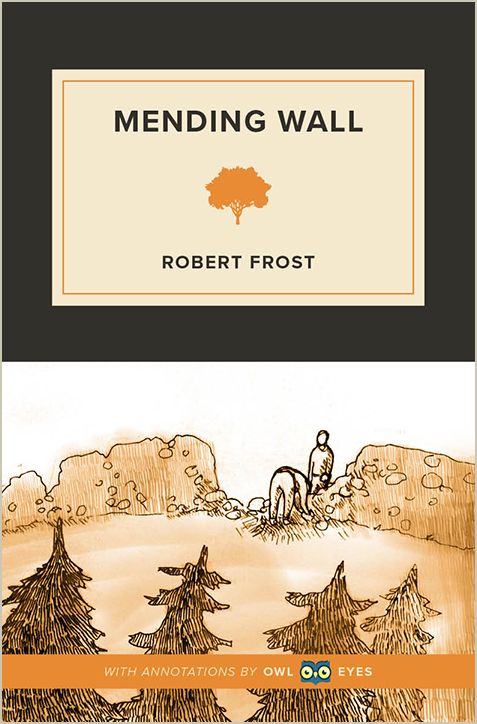 First published in 1914, “Mending Wall” is among Robert Frost’s best known poems. It tells the story of two New England farmers, one of whom is the narrator, who live on neighboring farms. The two men meet one spring day at the stone wall that borders their respective properties. It is “mending-time,” and so the men walk along the wall, setting the loose, fallen stones back into place. In Frost’s hands, this simple task becomes a meditation on the bonds and distances between neighbors. The wall becomes a metaphor for the unspoken social and psychological separations between fellow citizens. Beneath the pleasant sheen of their shared conversation and chore, the two men acknowledge the mutual rift they are busy reinforcing. Each man brings a different set of motives to the encounter. The narrator—“Spring is the mischief in me”—questions the wall and harbors a desire to see it torn down. His neighbor honors the wall and the tradition it represents, repeating “his father’s saying… ‘Good fences make good neighbours.’”