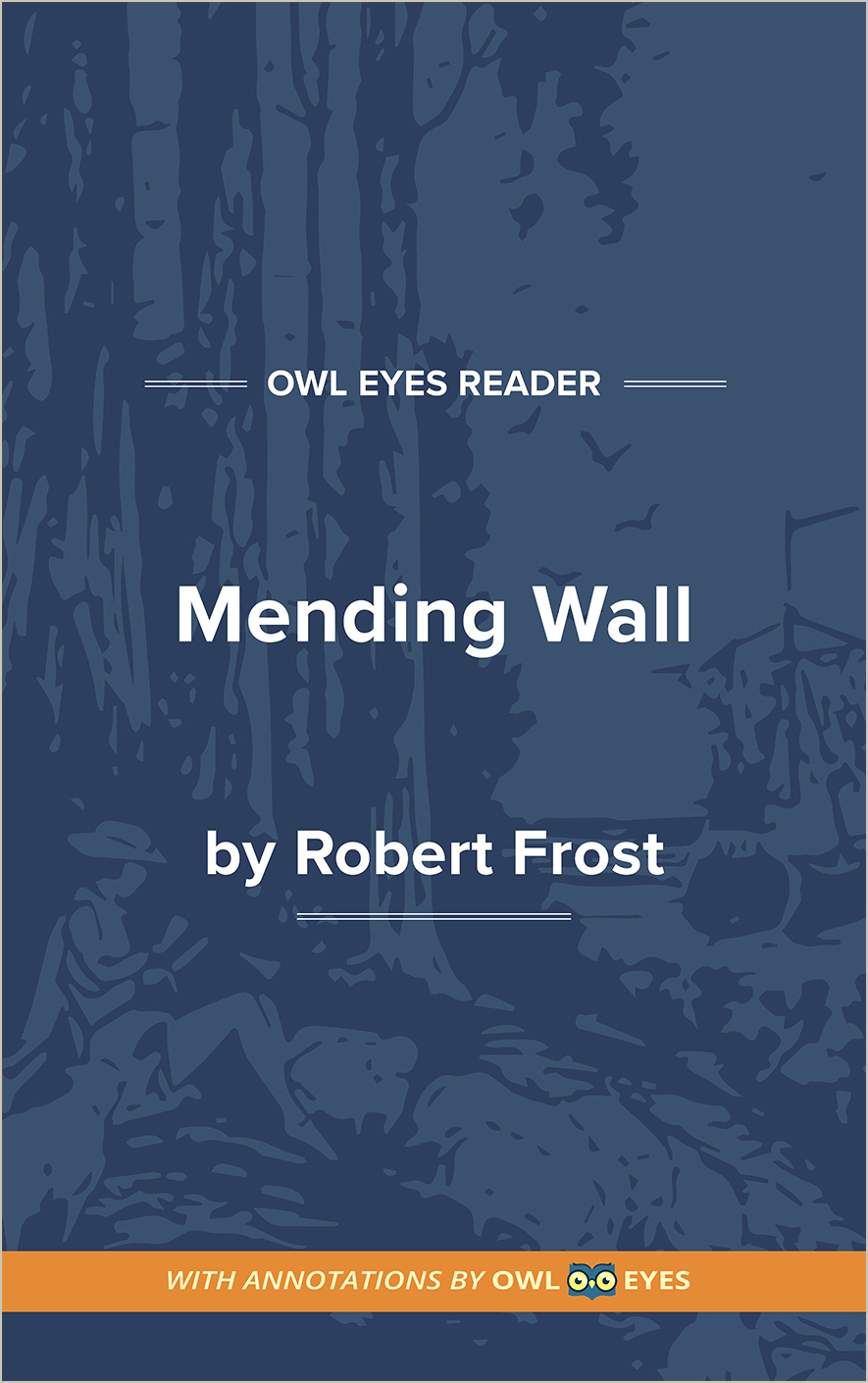 The poem ends with a repetition of the proverb. Between the two instances of the proverb, the moral stakes of the poem’s situation have become clear. Both the narrator and the neighbor desire to destroy the wall, and yet both men agree to build it anyway. The conclusion represents a triumph of civilization over primalism. This conclusion is far from simplistic or pleasant however. For each person, the confinement of the darker, more primitive sides of the self is an ongoing internal struggle.

This question of what is being “wall[ed] in or wall[ed] out” is the central problem and theme of Frost’s poem. The wall serves not a physical purpose—“here there are no cows”—but rather a psychological purpose. The barrier represents both a walling in and a walling out. As the Austrian neurologist Sigmund Freud wrote, “the price of civilization is neurosis.” In other words, each human must “wall in” certain aspects of her own nature in order to participate in society. The result is a congenial “walling out” of the disagreeable aspects of others.

"We keep the wall between us as we go. To each the boulders that have fallen to each...."  See in text (Text of the Poem)

In these lines, Frost begins to unveil the central tension between the two men. On one level, there is a camaraderie between them: they are neighbors, joining in this chore and tradition. On another level, the nature of the chore necessarily separates them. They come together to keep themselves apart, “keep[ing] the wall between.”

"But they would have the rabbit out of hiding, To please the yelping dogs...."  See in text (Text of the Poem)

In the poem’s first half, Frost establishes nature’s relationship to the wall. If the wall represents humanity’s need for order, the wall’s destruction by ice and sun illustrate the opposing chaos of nature. In the images of the hunters’ demolition, we can see how nature’s chaos exists within humans as well as without. The rabbit-poaching in these lines shows how even the actions of men can run counter to the ordering forces of civilization.