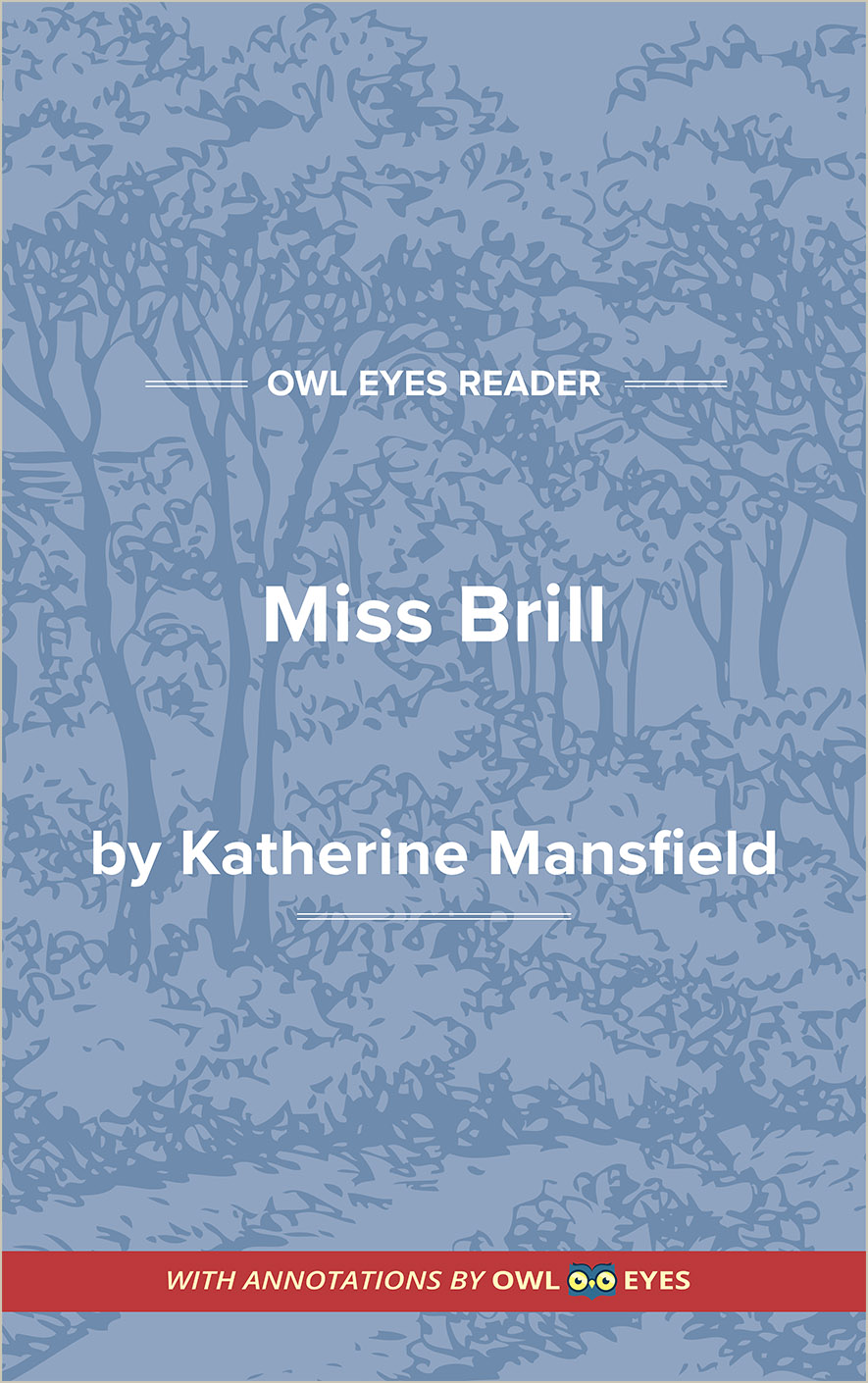 Mansfield wrote this story in the aftermath of WWI. The war had wreaked havoc on the French countryside and caused massive disillusionment with modern concepts of progress, industrialization, and national affiliation. “Miss Brill” was published in 1920, the beginning of a period referred to as the “Roaring Twenties,” a period of time when young socialites rejected traditional morality in favor of dancing, drinking, extravagant dressing, and excessive partying. This was a movement largely led by youths that excluded the middle aged and elderly adults who had participated in the war. Thus, the gap between the fatigued old and the spirited young grew wider. It was also a period of time in which a woman’s ability to marry and have children was seen as a dominant marker of her social importance. So-called “spinsters” were considered pitiful or useless to society. Mansfield uses Miss Brill’s unmarried status and age to demonstrate these social attitudes towards such women.

"Dear little thing! It was nice to feel it again..."  See in text (Miss Brill)

Miss Brill’s talking to her fur demonstrates her fondness for the garment, which in turn reveals her nostalgia for her youth. When the fur was new, Miss Brill was likely at a marriageable age. In the early 20th century, women got married at quite a young age, and if a woman did not getting married, she was deemed a “spinster.” Such women were often pitied, looked down upon, and shut out of a great deal of social life.

This line establishes the setting as a public garden in France—likely Paris. “Miss Brill” takes place after World War I at a time when the country had started to become prosperous again, as shown by the spirited band. However, Mansfield includes details that demonstrate the toll the war took on the country by contrasting the elements of new love and young children with the older people who seem fatigued, likely due to the difficult effects of the war.