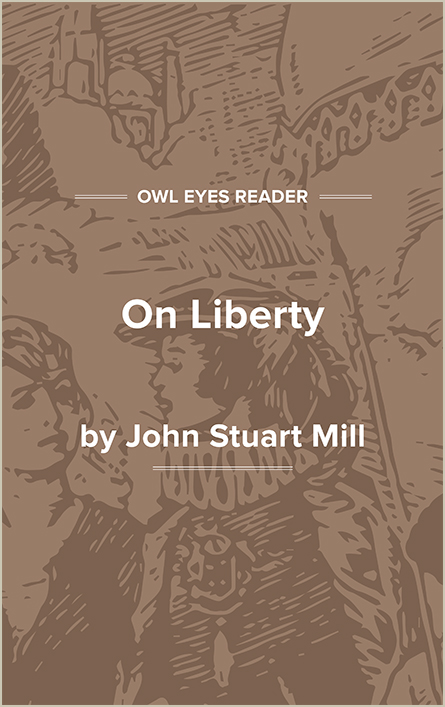 The subject of this Essay is not the so-called Liberty of the Will, so unfortunately opposed to the misnamed doctrine of Philosophical Necessity; but Civil, or Social Liberty: the nature and limits of the power which can be legitimately exercised by society over the individual. A question seldom stated, and hardly ever discussed, in general terms, but which profoundly influences the practical controversies of the age by its latent presence, and is likely soon to make itself recognised as the vital question of the future. It is so far from being new, that in a certain sense, it has divided mankind, almost from the remotest ages; but in the stage of progress into which the more civilised portions of the species have now entered, it presents itself under new conditions, and requires a different and more fundamental treatment.

The struggle between Liberty and Authority is the most conspicuous feature in the portions of history with which we are earliest familiar, particularly in that of Greece, Rome, and England. But in old times this contest was between subjects, or some classes of subjects, and the government.