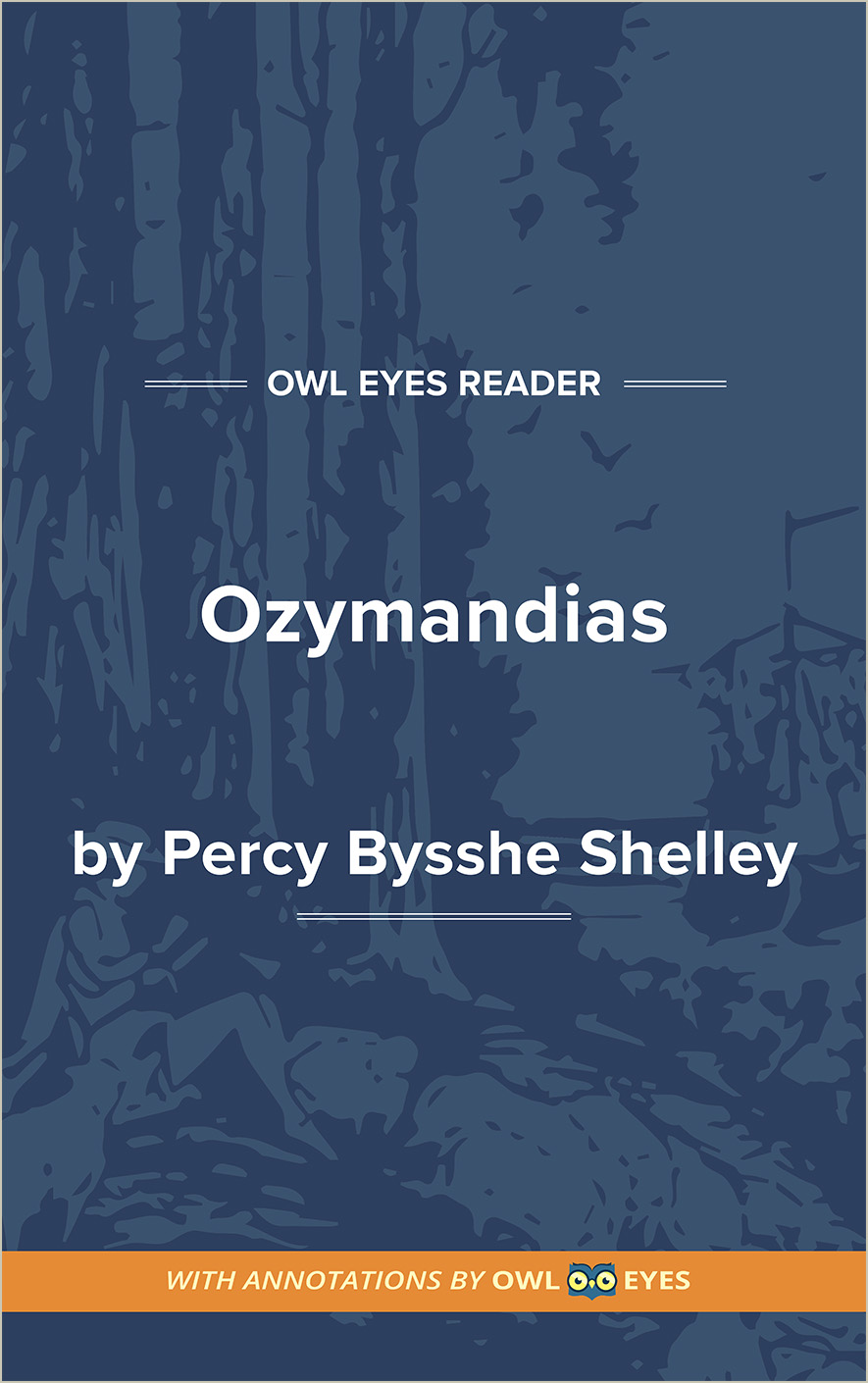 Romantic poet Percy Bysshe Shelley grapples with the impermanence of human legacy against the ravages of time in this short, fourteen-line sonnet. In it, a narrator recounts a traveler’s tale about a crumbling statue of King Ramses II in the Egyptian desert. He meditates on the artist who created the statue and the king who commissioned it. With the bold engraving, “Look on my Works, ye Mighty, and despair!” below the ruins of a single standing leg, we know the king believed that this colossal monument would be an enduring sign of his power. However, the phrase encompasses an eerie irony as all that remains of his “work” lies in rubble and dust. Famous for his epics and lyrical poems, this short sonnet is regarded as Shelley’s greatest work for its striking ability to encompass the feeling of an epic story with the fleeting impermanence that constitutes the poem’s theme. The poem rejects the sonnet’s typical rhyme scheme and octave-sestet structure while only holding loosely to iambic pentameter. Shelley juxtaposes the human desire for an enduring legacy with images of transience and decay in order to paint the tale of collapse following greatness: as humans and their empires fade, “the lone and level sands stretch far away.”