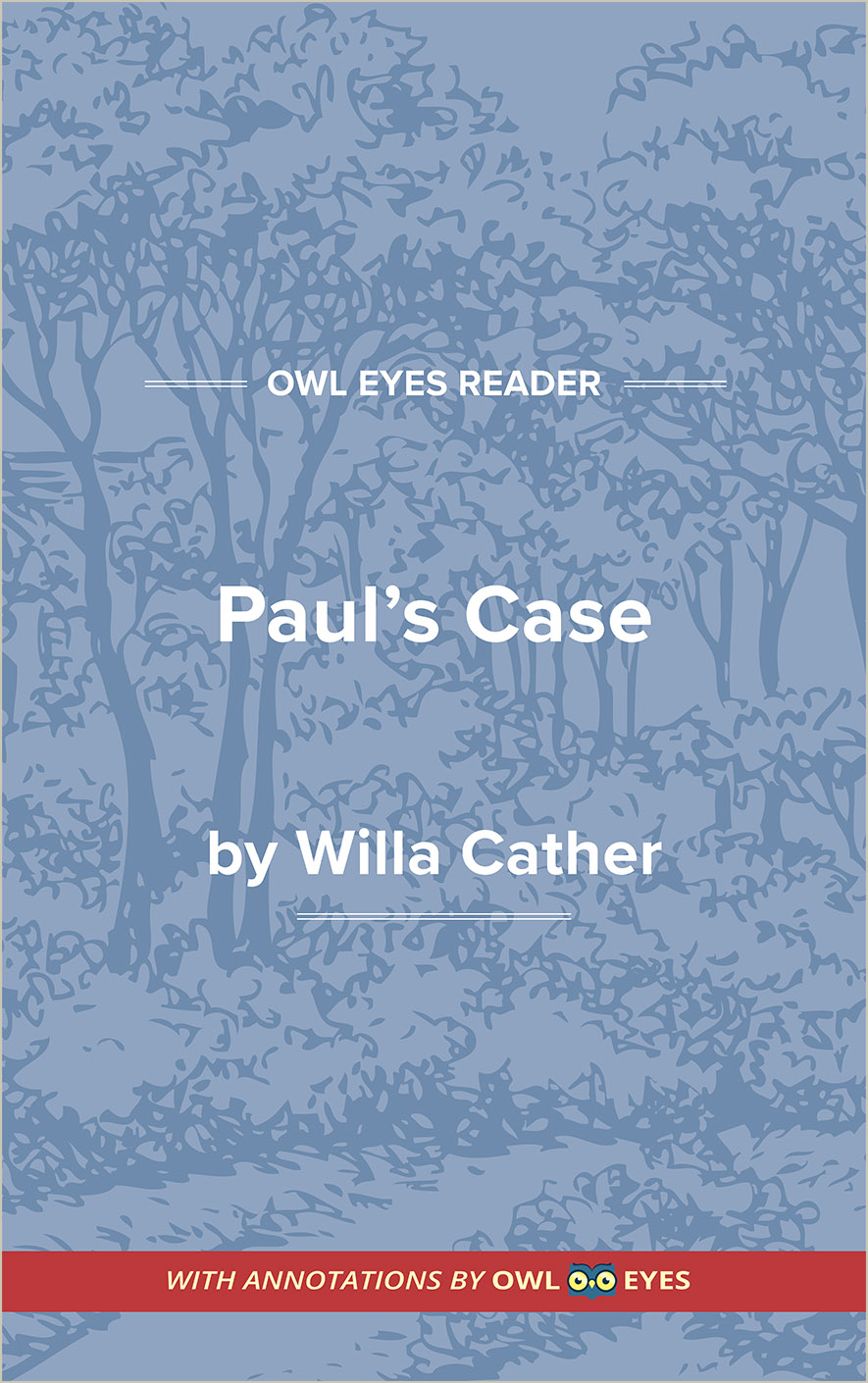 “Paul’s Case,” the only short story Willa Cather approved for anthologies, opens with a young boy called before his high school principal and teachers. They are unable to discern exactly what the boy’s problem is but they know that his offenses are many and that, mainly, he annoys them. He is suave and smiling, a bit of a dandy, wearing a flower in his lapel, certainly not appropriately dressed for one expected to be contrite. A slight tremor in his hands is the only hint of nervousness. His theatrical ways make him seem disdainful, which he is, and insolent. Within minutes, the educators fall into a frenzy of criticism, each taking a turn outlining the boy’s many faults.

Paul makes a great show of indifference. He leaves jauntily, whistling a tune from an opera, hoping that they will observe how little their petty grievances affect him. Indeed, Paul has a fantasy life that, while not protecting him from the reality of “Sabbath School picnics, petty economies, wholesome advice as to how to succeed in life,” nevertheless makes his existence bearable.

His other world consists of Carnegie Hall, art museums, and theater. His math and Latin are weak, but he knows the world of art and the glamour of performance. His true home is not the stultifying, middle-class house with its “unescapable odors of cooking,” but rather the cultural building. At the museum, he teases the Venus de Milo with a hand gesture, makes a face at Augustus Caesar. In the museum he is comfortable, puts on no shows, is himself, neither having to impress nor defend.

Willa Cather knew Paul’s world. She too was a nonconformist, impatient with society’s notions about what constitutes a proper education and upbringing. She believed that students should be exposed to the classics through other means than just reading them or reading about them. Much of her education occurred...