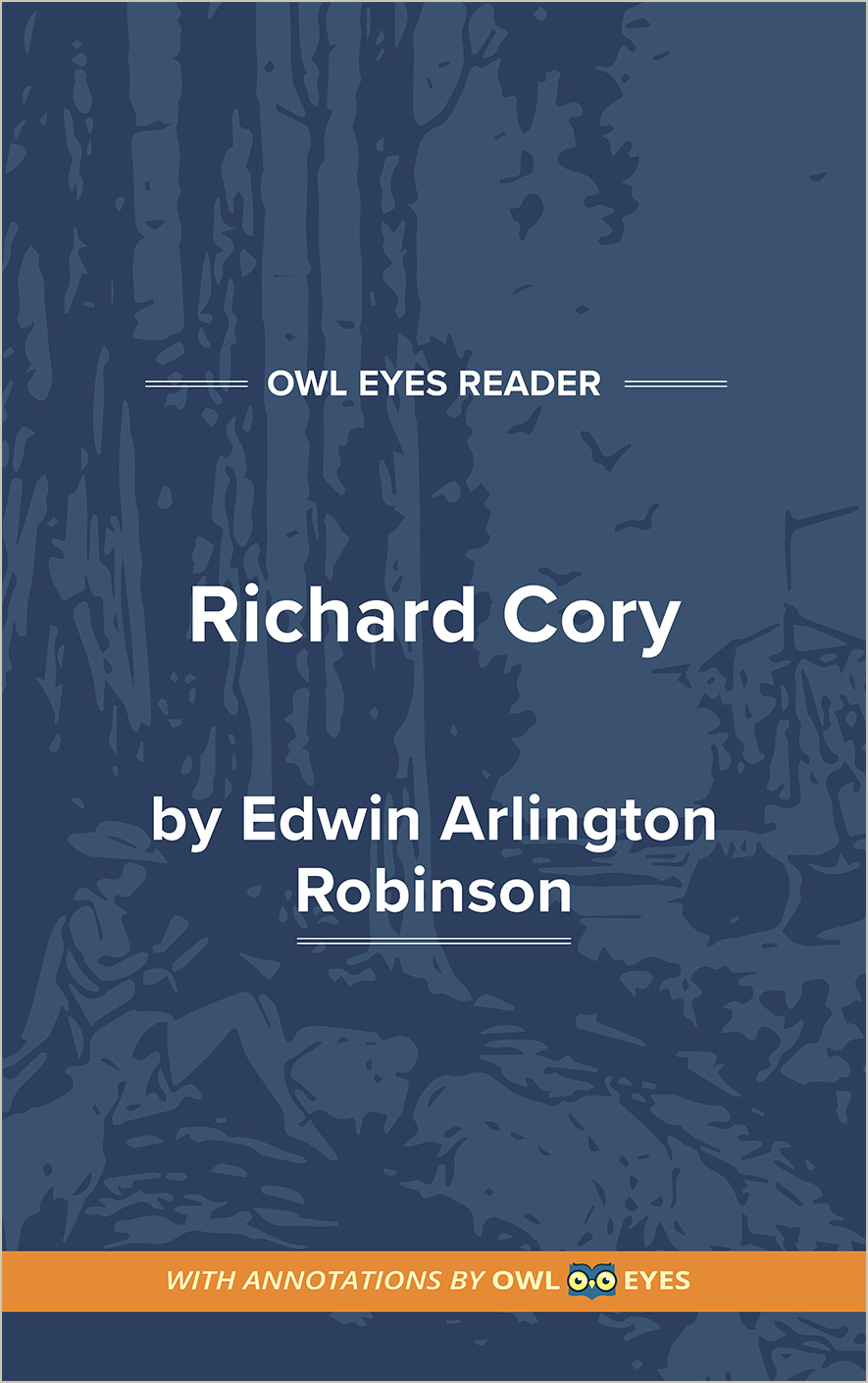 "And Richard Cory, one calm summer night, Went home and put a bullet through his head...."  See in text (Text of the Poem)

Ultimately, Robinson’s poem seems to challenge ideas about wealth representing material success. The townspeople, who are understandably frustrated with living in poverty, refuse to accept Richard Cory as part of their community because of his wealth. They ignore his attempts to connect with them and conclude that he exists to emphasize their class differences, or “to make us wish that we were in his place.” Yet, Richard Cory’s isolation leaves him impoverished on the inside—so much so that he becomes severely depressed and takes his own life.