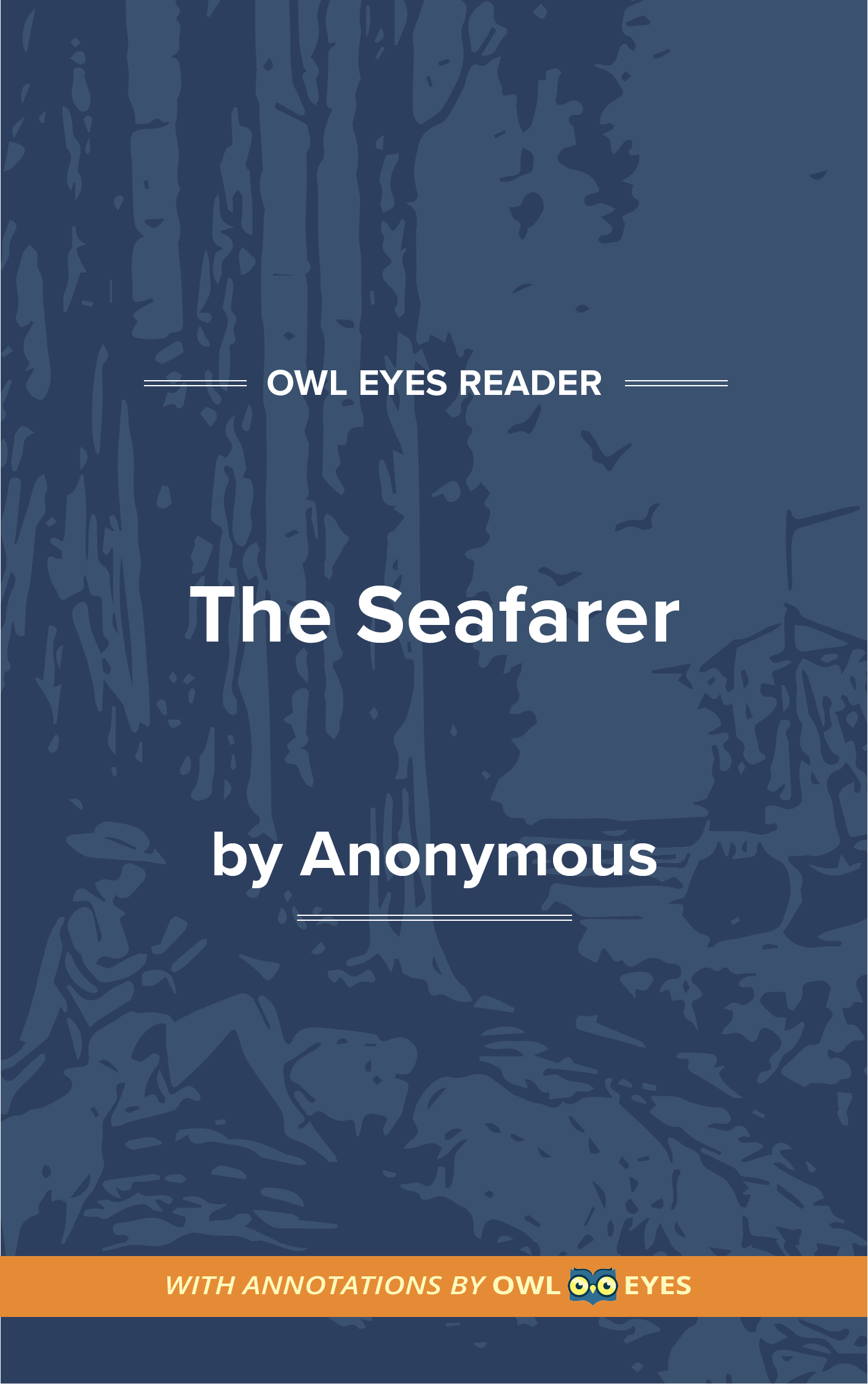 Themes in The Seafarer

Themes Examples in The Seafarer:

"Certain which of Fate's three threats Would fall: illness, or age, or an enemy's Sword, snatching the life from his soul..."  See in text (Text of the Poem)

As with other Old English religious poems, the pagan belief system runs a close second to Christianity. Even though The Seafarer is full of Christian references, the speaker falls quite naturally into the beliefs of his ancestors with the image of Fate doling out death by sickness, age, or war.

"Who could understand, In ignorant ease, what we others suffer As the paths of exile stretch endlessly on..."  See in text (Text of the Poem)

Another important theme in The Seafarer is exile from family, land, and the comforts of a land-based life. The seafarer constantly looks with longing at what he doesn't have—that is, friends, family, home—but he nevertheless chooses his life of exile at sea.

"The time for journeys would come and my soul Called me eagerly out, sent me over The horizon, seeking foreigners' homes..."  See in text (Text of the Poem)

Despite the hard life at sea, the seafarer is pointing out that he goes to this hard life voluntarily. Just as he laments his hard life, he acknowledges that he chooses life at sea rather than life on land.

"It tells How the sea took me, swept me back And forth in sorrow and fear and pain Showed me suffering in a hundred ships, In a thousand ports, and in me..."  See in text (Text of the Poem)

One of the important themes of "The Seafarer" is the speaker's exile from land and the challenges he experiences as a sailor.