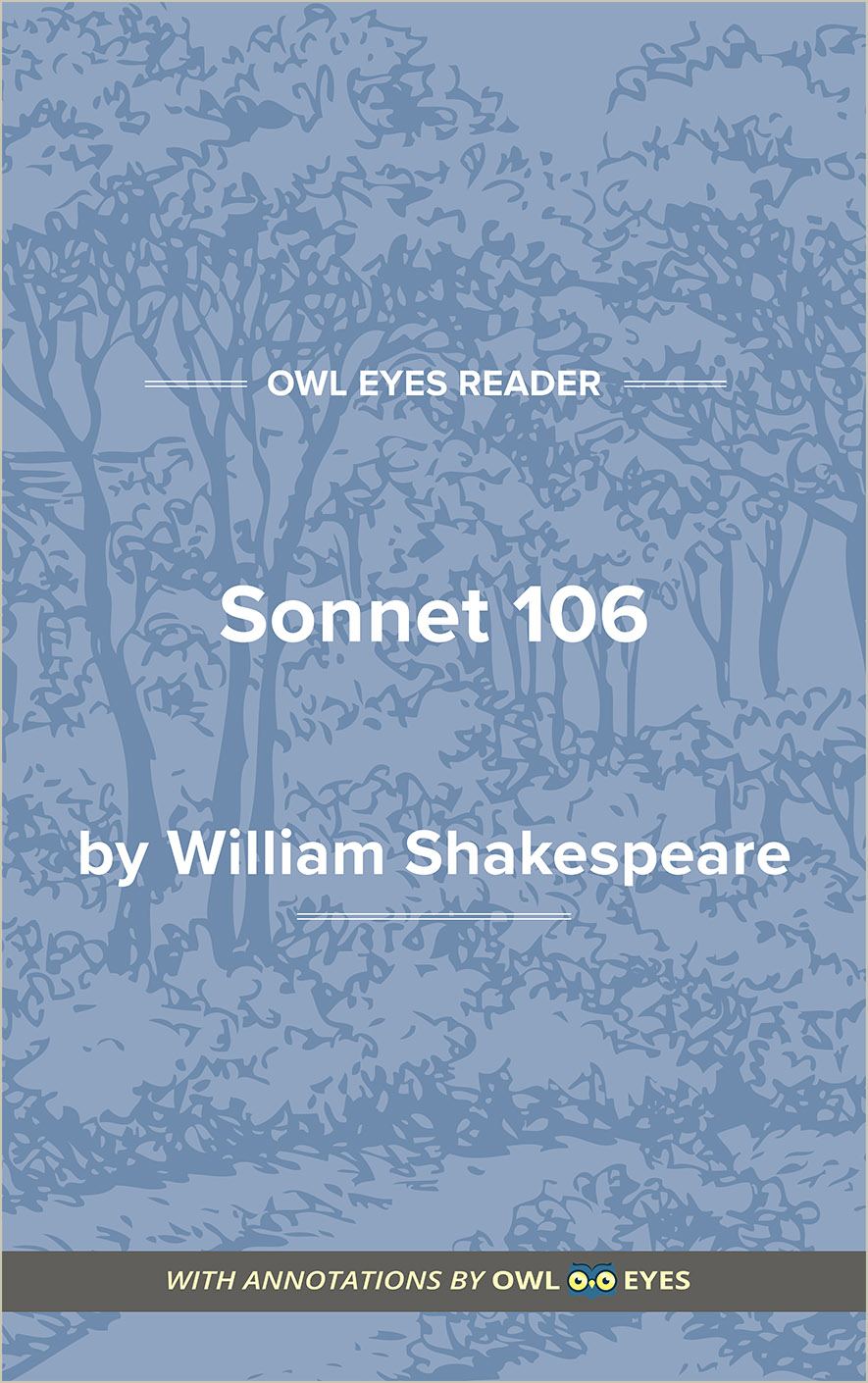 In Sonnet 106, the speaker considers his beloved youth in the context of the entire history of love poetry. His claim is that all love poems written in the past were written in vain. None of the mistresses and muses described in the past compare to the fair youth, a paragon of beauty. The speaker alludes to the blazon tradition—a poetic style in which the admirer praises the beloved by conjuring up her loveliest assets—in order to show language’s inability to truly capture the essence of beauty. The Italian poet Petrarch made the sonnet form famous with his reverent lines about “The hair's bright tresses, full of golden glows,/And the soft lightning of the angelic smile.” The speaker toys with the blazon form, listing off an empty string of body parts. As the poem draws to a close, he broadens the scope of his argument, claiming that the love poems of the past were merely predictions of the fair youth, attempts to describe him before his arrival. In the final lines, the speaker laments the futility of language in trying to memorialize the fair youth. As many writers through the ages have bemoaned, the speaker feels that we “lack the tongues to praise.”