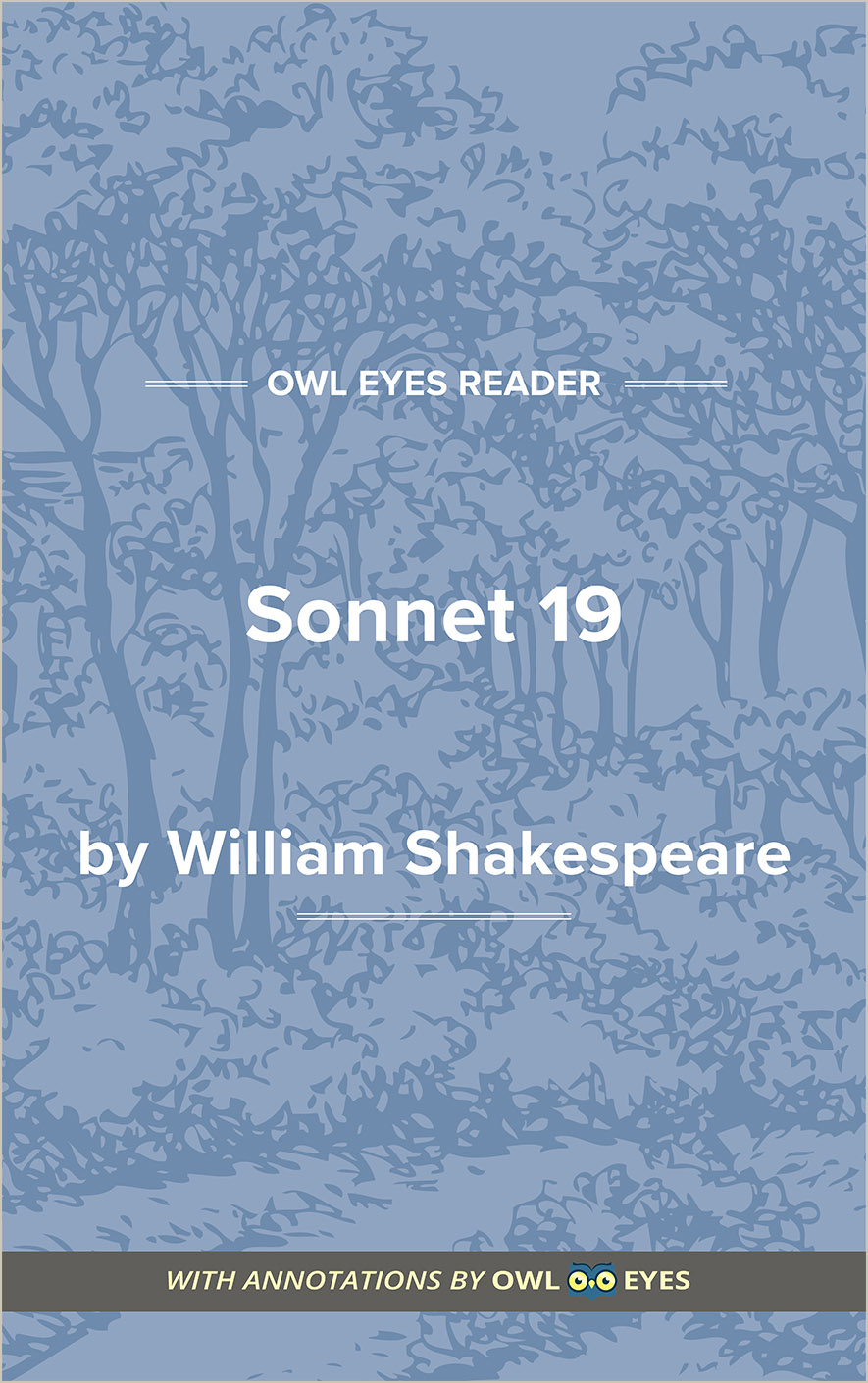 A Phoenix is a mythological bird that lives for centuries, sets itself on fire, and then is reborn from the ashes. It is a symbol for immortality and the cyclical nature of all life. It is notable that the speaker views the death of the Phoenix in a negative light. He resists the necessary cycles of nature, for those cycles will cause his beloved to decay and die.

In a typical sonnet, the first two quatrains introduce the poem’s central images, themes, and questions. At line 9 there is typically a tonal and thematic shift—known as the “volta” in the Petrarchan tradition—that leads towards the poem’s conclusion. In Sonnet 19, the volta occurs after just seven lines. The result is a structural imbalance and a weakening of the speaker’s rhetorical force.

This is an allusion to the Roman god Saturn. In mythology, Saturn ate each one of his children upon their births because he was afraid of being overthrown. Shakespeare uses similar imagery in his play Titus Andronicus when queen Tamora eats her own sons.