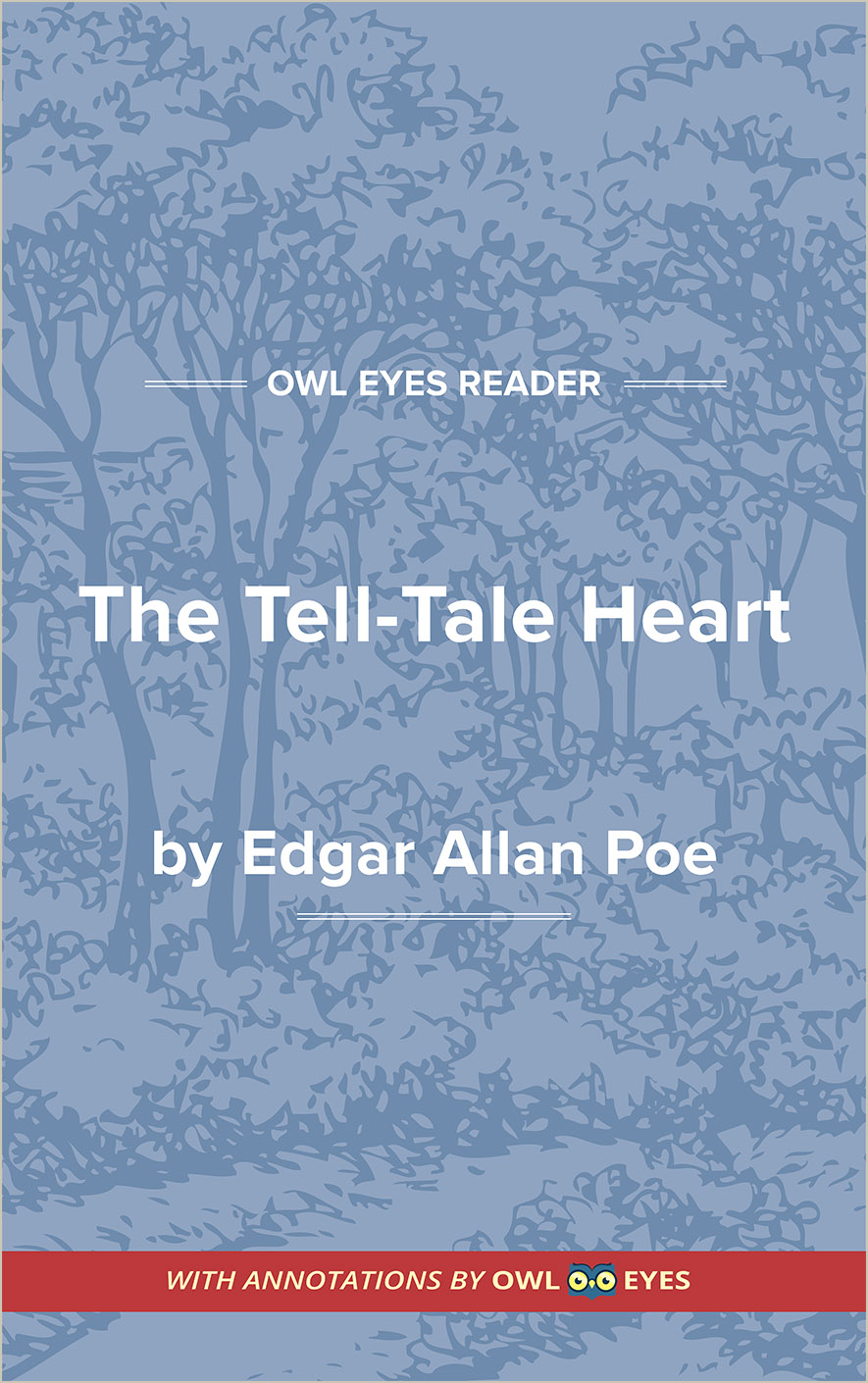 Plot in The Tell-Tale Heart

Plot Examples in The Tell-Tale Heart:

The "you" to whom he speaks is unclear. While "you" could refer to the audience of this story, this "you" has supposedly accused the narrator of madness. This suggests that the story begins in the middle of some other action that occurred before the story began, which the audience has not witnessed.

Poe wants to make it clear that the tell-tale heartbeat which makes the narrator finally confess to his crime could not be that of the victim. In addition to ascertaining that the old man is "stone, stone dead," the narrator tells how he "cut off his victim's head and the arms and the legs." So the narrator must either be imagining a sound that doesn't exist at all, or else he must be hearing his own heart beating because of his suppressed anxiety.

"With a loud yell, I threw open the lantern and leaped into the room. He shrieked once—once only..."  See in text (The Tell-Tale Heart)

The house has been silent. It is midnight, and the whole neighborhood must be equally silent. The narrator states that he let out a loud yell and that his victim shrieked once. When the three police officers arrive at four o'clock in the morning, readers will understand that it was the "shriek" that eventually brought them.

"So you see he would have been a very profound old man, indeed, to suspect that every night, just at twelve, I looked in upon him while he slept..."  See in text (The Tell-Tale Heart)

Poe has the narrator specify that he looked in on the old man every night just at twelve. Readers can therefore assume that he finally killed him shortly after midnight on the eighth night. This gives him enough time to hide the evidence before the police arrive at four o'clock in the morning. He has to dismember the body—that is, cut off the head, the arms, and the legs—pull up some of the flooring in the old man's bedchamber, and replace the boards. He also has to put the bed back in place after pulling it over on top of his victim to smother him under the mattress. Later the narrator specifies that the police arrive just as the church bell is sounding four o'clock.

"First of all I dismembered the corpse. I cut off the head and the arms and the legs..."  See in text (The Tell-Tale Heart)

Poe has the narrator dismember the corpse in order to assure the reader that the victim is undoubtedly dead and that the beating sound the narrator keeps hearing cannot be the sound of the dead man's heart beating.