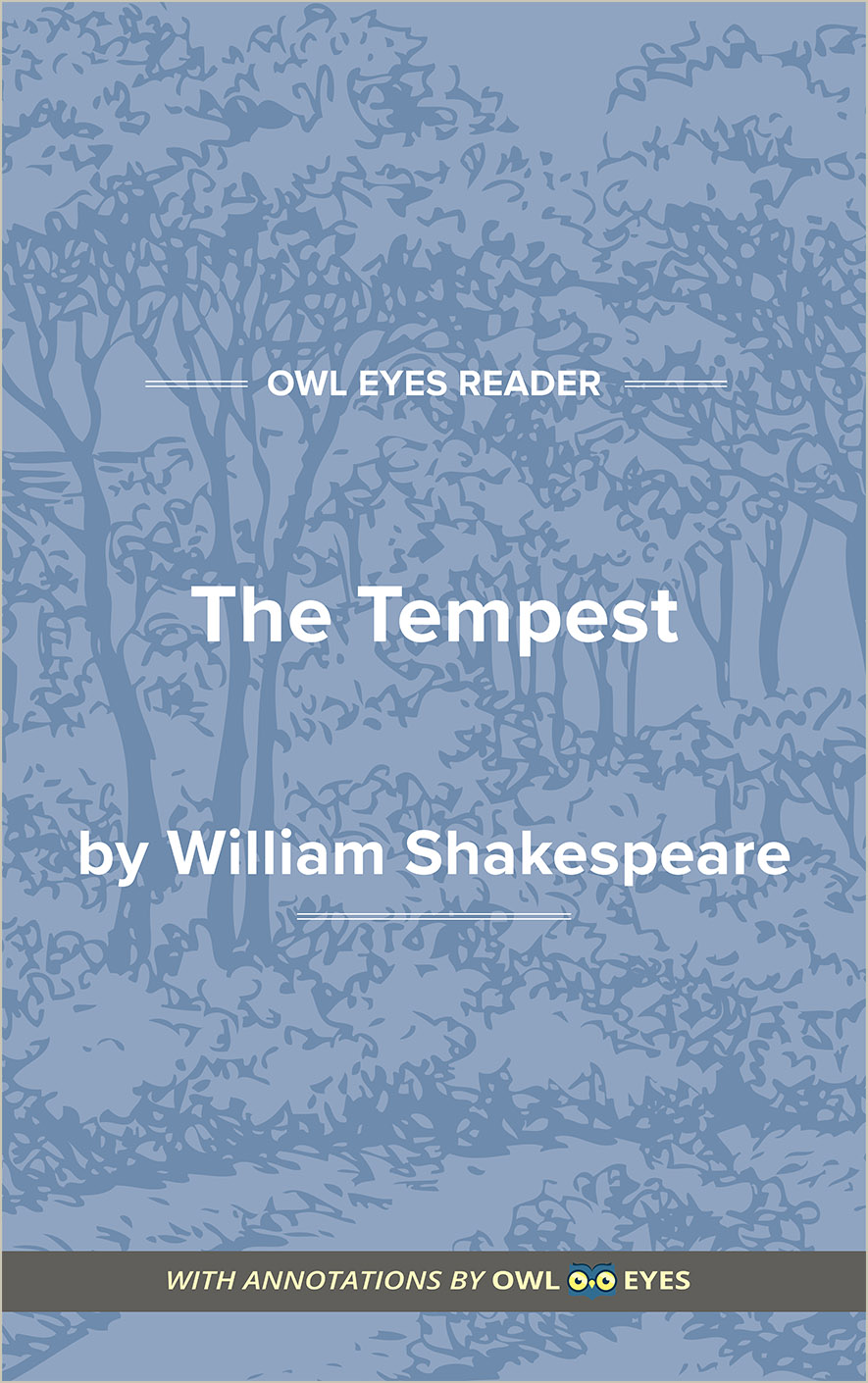 Symbols in The Tempest

Symbols Examples in The Tempest:

"From mine own library with volumes that I prize above my dukedom...."  See in text (Act I - Scene II)

Most importantly, Gonzalo knew how much Prospero valued his books, which is why Gonzalo helped put them on the ship that took Prospero and his daughter away from Milan. These books contain much of Prospero’s magical power, and without them, he wouldn’t have been able to summon the tempest.

While we shortly do learn that Prospero studied much of his sorcery, his calling this garment “magic,” and removing it to speak with Miranda, is important. In many of Shakespeare’s plays clothing plays an important role in emphasizing status. Since Prospero wears a magic cloak, then this not only bestows him with arcane power, but it also reinforces his position of power on the island.

"And look how well my garments sit upon me, Much feater than before...."  See in text (Act II - Scene I)

Antonio reminds Sebastian that he has performed a similar power grab before when he took his brother Prospero's title of Duke of Milan. When asked if his conscience is troubled by ousting Prospero, Antonio asks Sebastian to look at how well his clothing fits him. Since clothing is often used as a symbol to reflect station, Antonio’s boast reveals that he has no problems with having taken power by force from his brother.

"If I can recover him and keep him tame and get to Naples with him, he's a present for any emperor that ever trod on neat's leather...."  See in text (Act II - Scene II)

Similar to Trinculo’s earlier speculation, Stephano also expresses a desire to take Caliban to Europe in order to profit off of him. This scene represents another aspect of how colonists treated native peoples: Stephano uses alcohol as a way to “tame” Caliban in order to make him do what Stephano wants. Alcohol then is a symbol of colonial power because it can be used to abuse native peoples and alter their judgment, much like the treatment of Native Americans by the American colonists.