Are you a teacher? Subscribe today to access hundreds of premium teaching resources and lesson plans! close
close
close
close
« Library « Fiction « Tess of the d'Urbervilles 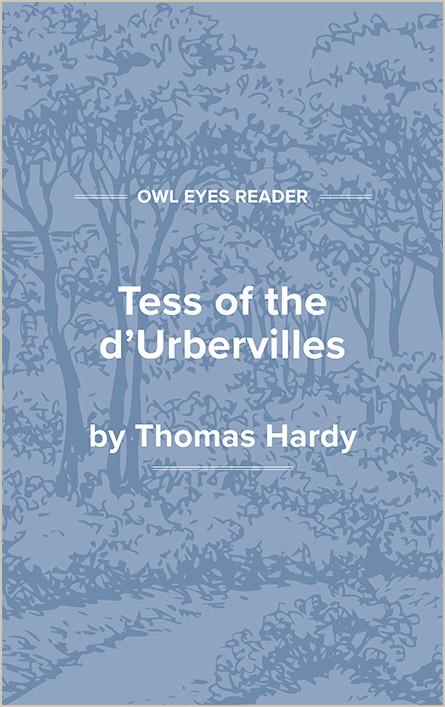 Tess of the d'Urbervilles

On an evening in the latter part of May a middle-aged man was walking homeward from Shaston to the village of Marlott, in the adjoining Vale of Blakemore, or Blackmoor. The pair of legs that carried him were rickety, and there was a bias in his gait which inclined him somewhat to the left of a straight line. He occasionally gave a smart nod, as if in confirmation of some opinion, though he was not thinking of anything in particular. An empty egg-basket was slung upon his arm, the nap of his hat was ruffled, a patch being quite worn away at its brim where his thumb came in taking it off. Presently he was met by an elderly parson astride on a gray mare, who, as he rode, hummed a wandering tune.

"Good night t'ee," said the man with the basket.

The pedestrian, after another pace or two, halted, and turned round.