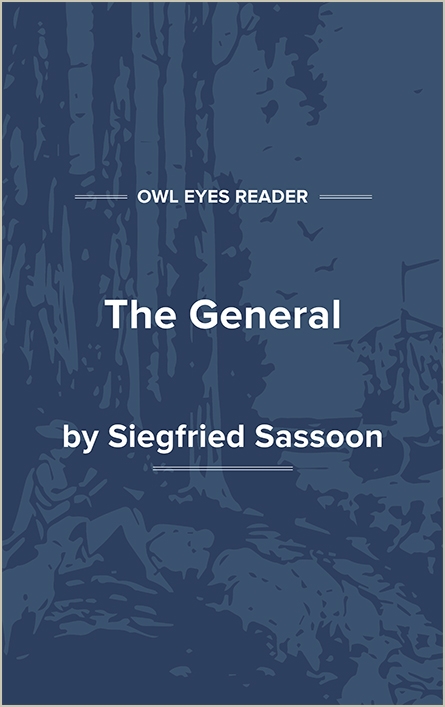 Much of the literary reputation of Siegfried Lorraine Sassoon (suh-SEWN) rests on his vigorous war poems, written during his long stint at the front during World War I. Like those of Wilfred Owen, whom Sassoon influenced and encouraged, his poems are a bitter testament to the ingloriousness of warfare. Sassoon, then an officer in the British Army, developed an aversion to and horror toward war and became a pacifist; for a time he refused to undertake further military duty, a situation he presents in such poems as “The Rear Guard” and “Counter-Attack.” To later generations he became better known for the autobiographical novels in which he relates what he has called his “mental history,” the chronicle of his youth and of the spiritual crisis resulting from his experiences on the battlefield. Of these works the three earliest, Memoirs of a Fox-Hunting Man, Memoirs of an Infantry Officer, and Sherston’s Progress mask their author with the alias “George Sherston.” Fictional in form, they nevertheless present a reflective survey of personal events recorded in Sassoon’s voluminous diaries. His more formal autobiographies, The Old Century and Seven More Years, The Weald of Youth, and Siegfried’s Journey 1916-1920, reexamine much of the same ground from a later, more mature point of view. Memoirs of a Fox-Hunting Man, which was awarded both the Hawthornden Prize and the James Tait Black Memorial Prize in 1929, was praised for its spare, restrained style infused with a strong, understated nostalgia for prewar society.{$S[A]Lyre, Pinchbeck;Sassoon, Siegfried}{$S[A]Sashun, Sigmund;Sassoon, Siegfried}{$S[A]Kain, Saul;Sassoon, Siegfried}

The Sassoon family was noted chiefly in the realm of English finance. Siegfried Sassoon, however, who was raised by his artist mother in rural Kent after his parents separated, grew up in an atmosphere determined by literature, painting, and summonses to fox meets. He attended Clare College, Cambridge,...