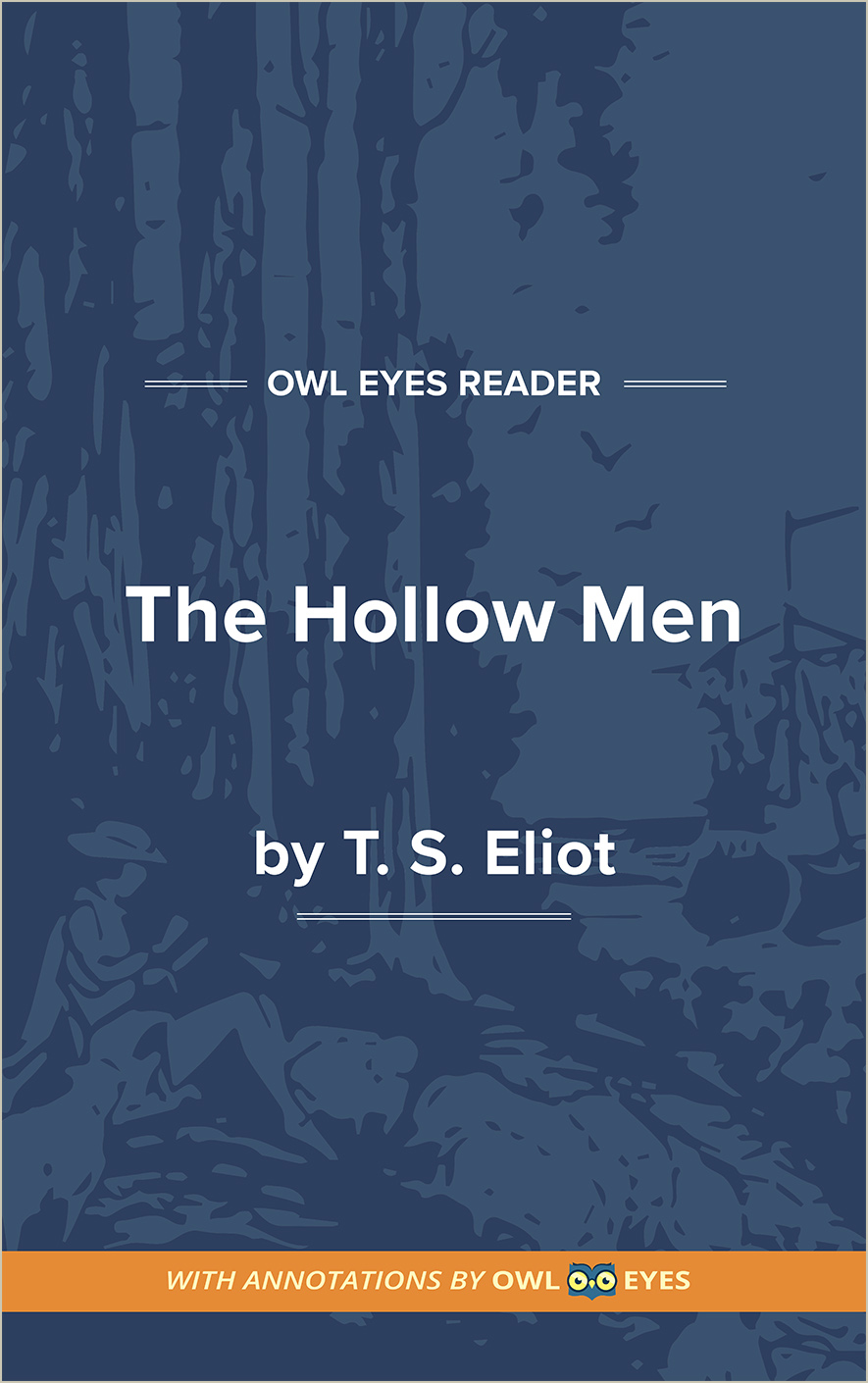 The publication of The Waste Land in 1922 confirmed T. S. Eliot’s preeminence as the most influential voice of modernism in English-language poetry. In the post-World War I world of the early 20th century, modernism in literature rejected the conventional depiction of life and human experience, instead capturing and expressing them through the power of images and allusions rather than direct statements expressing the writer’s thoughts and feelings. Within a modernist poem, seemingly unrelated images and allusions form patterns, and from the patterns, themes can be inferred. “The Hollow Men,” published in 1925, includes content excised from The Waste Land during Eliot’s editing of the poem before publication; consequently, themes in “The Hollow Men” echo those in the previous work, primarily the idea that modern life is characterized by a lack of passion and purpose and is filled with spiritual despair. Some of the images in “The Hollow Men” are disturbing, while others are poignant, melancholy, and dreamlike. The allusions, literary and historical, add further complexity to the text. In addition to elements of modernism, however, “The Hollow Men” is filled with traditional literary devices that further illustrate Eliot’s artistry as a poet.