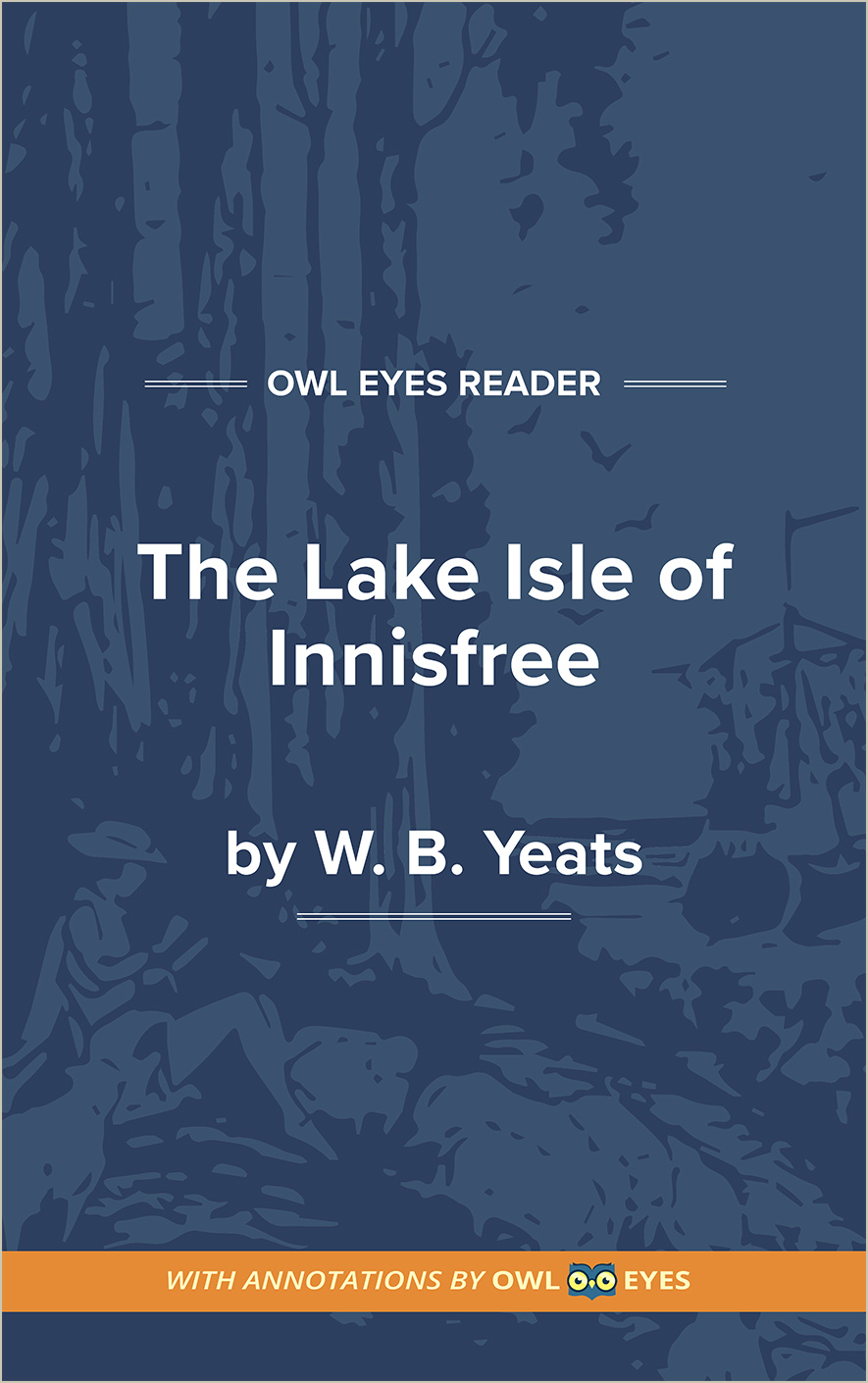 The Lake Isle of Innisfree

Irish poet William Butler Yeats (1865-1939) spent much of his life in London, but his childhood memories were of County Sligo on the western coast of Ireland, the setting of “The Lake Isle of Innisfree.” His mother’s birthplace that he considered his own spiritual home, Sligo was never far from his heart. His description of Innisfree, a small wooded island in Lough (Lake) Gill in County Sligo, is lyrical in expressing the natural beauty of the uninhabited island. Filled with imagery of peace and contentment, the poem develops one of Yeats’s primary literary themes: beauty as an ideal contrasted with the tumult of modern life.

Written in 1888 and published two years later in the National Observer, a British newspaper, the twelve-line pastoral poem in three quatrains follows an ABAB rhyme scheme; the rhyming words in each stanza rhyme perfectly to the ear. The rhythm pattern is generally iambic pentameter in the first three lines of each stanza and iambic tetrameter in the fourth. Yeats bowed to the convention of a rhyme scheme but took creative liberties with the rhythm.