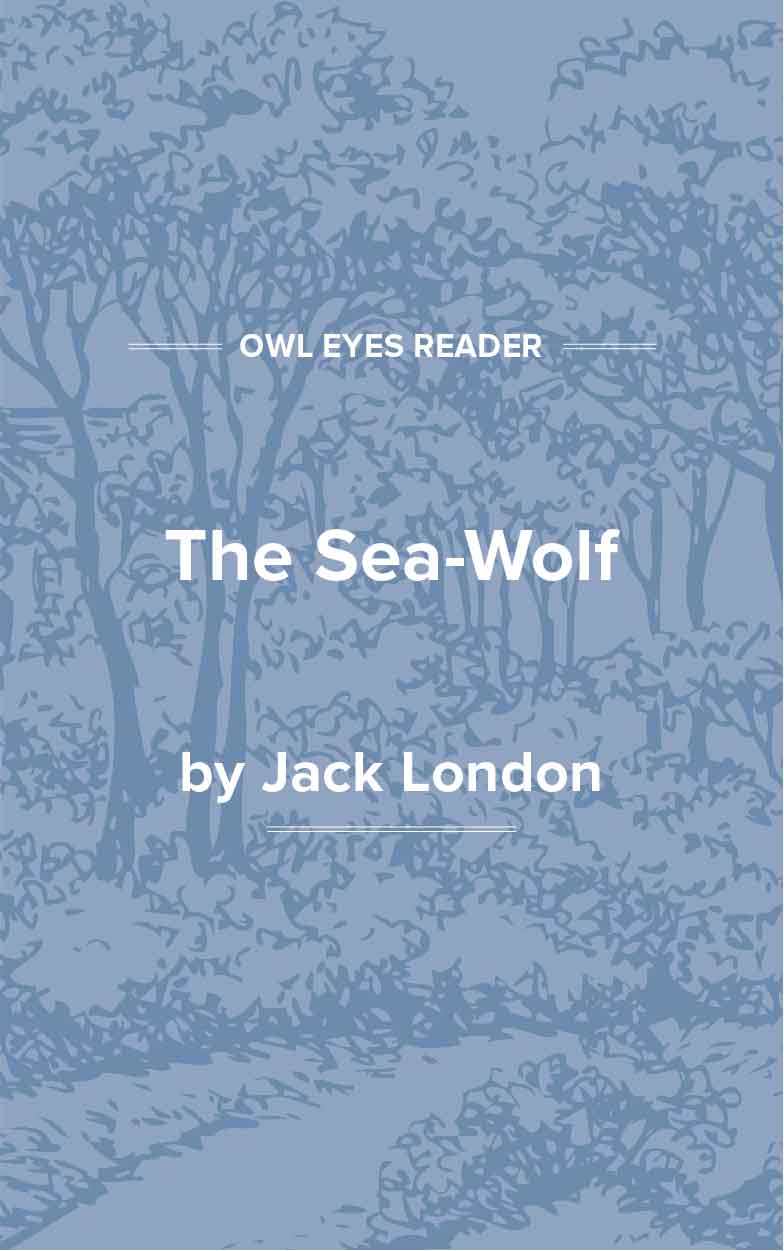 The plot of The Sea-Wolf was a popular one in the late nineteenth century; Rudyard Kipling, for example, had used something similar in Captains Courageous (1896). A snobbish, upper-class weakling is forced to obey the commands of a harsh, lower-class dictator and ends up greatly profiting by the experience. In London’s novel, a literary gentleman, Humphrey Van Weyden, is washed off a San Francisco ferryboat and taken up by an outgoing seal hunter. The imperious captain, Wolf Larsen, has just lost a hand and decides to press the protesting Weyden into service as cabin boy for the long voyage.

An apter parallel for London’s book than Kipling’s novel may be found in Herman Melville’s Moby Dick (1851). In both London’s and Melville’s novels, the center of attention is not the slowly maturing, sensitive narrator but the superhuman ship’s captain. In Moby Dick, Captain Ahab is a monomanical, charismatic zealot, and the critical light thrown on him is also used to criticize basic premises of a then-current theoretical posture, Byronic Romanticism. In something of the same way, in The Sea-Wolf the judgment passed on Wolf Larsen, the dynamic, intelligent, yet brutal captain also undercuts the materialism he espouses.

Larsen is contradictory. At first Van Weyden sees the ship’s master as nothing more than an unfeeling hulk. He witnesses Larsen tossing a dead body overboard without a proper burial ceremony and forcing his men to obey him through fear of his fists. As the trip progresses, however, Van Weyden finds in the captain’s cabin a well-stocked library of current literature: science, history, even grammar. At this discovery he says to himself about Larsen, “At once he became an enigma.”

As it turns out, the captain’s violence is rooted in a materialist metaphysics—and violent he is. When a crewman complains of an arrangement, Larsen and the first mate beat him senseless. When the cook does not keep the mess clean, he is dangled over the ship’s side until a shark lops off his foot. Larsen’s study of Darwin, Spencer, and other evolutionists has taught him that life, in his preferred phrase, “is like yeast.” It is a battle that goes to the strong, and, according to Larsen, every noble sentiment that Van Weyden defends is so much “bosh.”

Furthermore, as if to corroborate the captain’s doctrine, the ship is run on the law of the strong. The captain fights with the crew, terrorizing them—they futilely attempt a mutiny at one point—and almost every sailor plots vengeance against another for a real or imagined slight. Van Weyden himself is pushed around by the cook until, as if to confirm the captain’s ideas, Van Weyden employs threats to subdue his enemy, calmly sharpening the blade of a dirk until the cook is scared witless.

Although the captain’s philosophy accounts rather well for the dog-eat-dog atmosphere onboard ship, there are a number of fatal chinks in it. For one, it is a philosophy reserved for winners. It is small consolation for the sailors that the one beating them is their natural superior. Moreover, it is a philosophy of hopelessness. When the captain’s debilitating headaches weaken him, his metaphysics offers him no solace, leaving him to a titanic despair. Larsen’s superb fitness isolates him, and he is particularly unsuited for mixing with women. When the sealer picks up a young shipwrecked woman, Maud Brewster, Larsen treats her as roughly as he does his men and ends by trying to rape her.

As in most adventure tales, the actions and characters are exaggerated. The ship seems to undergo every catastrophe: losing its seal boats...