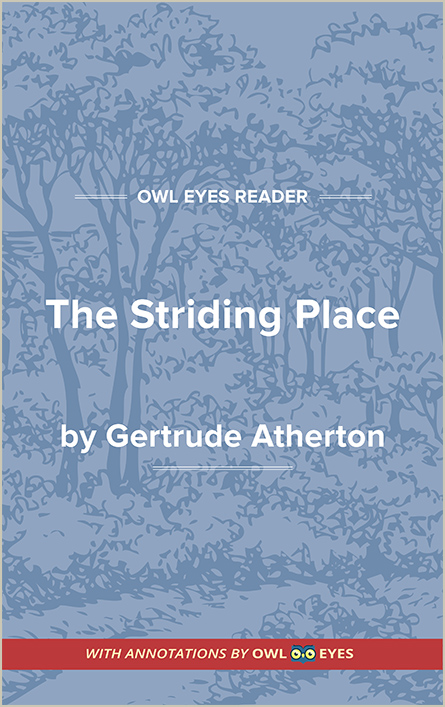 Literary Devices in The Striding Place

Narration and Tone: The narrator’s tone is that of an intelligent, philosophically inclined, bemused, somewhat skeptical young aristocrat. Though the narrator is not identical to the protagonist Weigall, the narration does reflect his personality and perspective. As the story progresses, both Weigall and the narrator’s tone grow more sincere and humble in the face of grave danger and mystery.

Foreshadowing: The most important moments of foreshadowing take place during the remembered conversation between Weigall and Gifford about the nature of the soul. Gifford expounds upon his theory that souls are independent of the body and thus free to roam at will after the body’s death. Gifford’s concept proves crucial to the story’s later events.

"There was no lonelier spot in England, nor one which had the right to claim so many ghosts, if ghosts there were...."  See in text (The Striding Place)

The narrator warns us that the particular region of the River Wharfe where Weigall walks is as charged with supernatural forces as anywhere. Though the narrator is agnostic about the presence of ghosts—“if ghosts there were”—it is clear that the story, in both plot and tone, is taking a step toward the ghostly.

"The body and soul are twins, life comrades—sometimes friends, sometimes enemies, but always loyal in the last instance...."  See in text (The Striding Place)

Gifford has shared his theory that the soul and body are connected—twins even—but ultimately separate. When Weigall presses Gifford as to what he would do were his soul to return to a decayed body, Gifford claims his soul would try to inhabit it anyway. Readers should view such discussions of life beyond death as signs of foreshadowing in the tale.