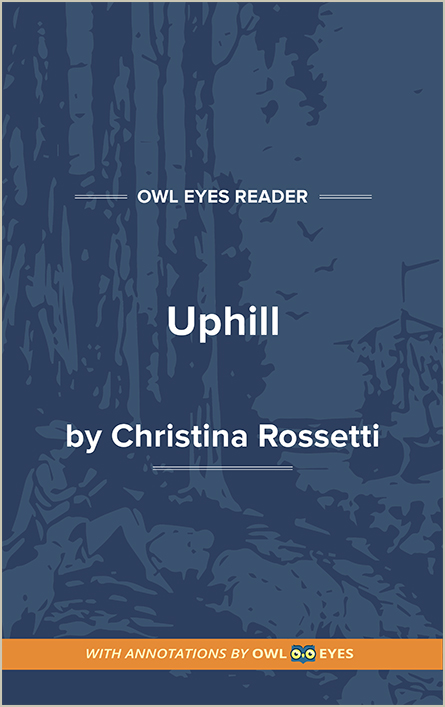 The relationship between the two speakers is never made entirely explicit. Aspects of their rapport seem to be modelled after the well-known duo of Dante and Virgil, the central characters of Dante Alighieri’s Divine Comedy. Dante is a pilgrim on a spiritual quest with his friend, guide, and fellow poet Virgil offering him advice and information along the way. Similarly, the questioner in this poem is set on a spiritual road and receives information by a guide who characterizes the relationship as a kind of friendship.

Rossetti uses a call-and-response format in “Uphill.” The poem is narrated by two voices, who speak in alternating lines. The first voice is the questioner, the traveller who wishes to understand the road ahead. The second voice is the guide who knows more of the journey and shares wisdom about it one piece at a time.