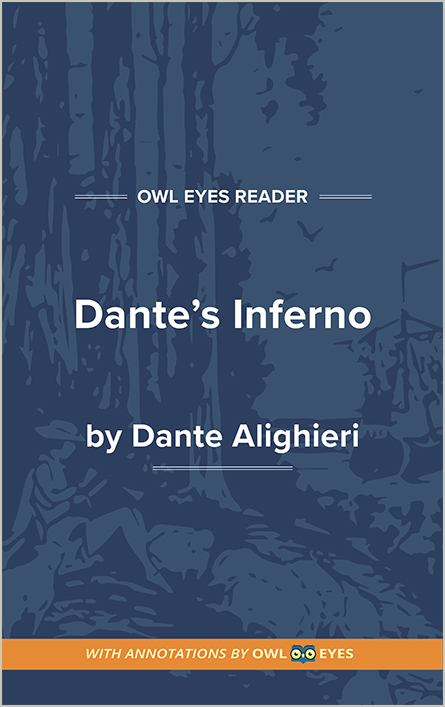 Dante Alighieri’s (1265–1321) epic poem The Divine Comedy stands as the most influential work of Italian literature and one of the greatest achievements of world literature. When Dante was exiled from Florence due to political tensions, he began to compose a work much greater in scope than anything he had attempted before. In the three books of the Comedy—Inferno, Purgatorio, and Paradiso—Dante lays out his vision of the universe, revealed in the form of a personal journey through hell, purgatory, and heaven. The poem represents a dense account of Dante’s moral sensibilities. In the regions of the afterlife, he encounters sinners and saints, and he draws wisdom from their evil and virtuous actions. Along the way, Dante offers a detailed portrait of his medieval worldview, creatively combining Roman Catholic belief with European history, literature, and philosophy, and Greco-Roman mythology. The poem itself marks a bold stylistic venture. Dante invented a new poetic form, the elegantly-chained terza rima, to propel his narrative. In an even more groundbreaking move, he wrote the poem in the Italian vernacular rather than the traditional Latin, thereby opening the landscape of modern Italian letters. Finally, The Divine Comedy is a timeless story about finding one’s soul. Dante begins Inferno “midway on our life’s journey,” having strayed from the right path; finding his way back becomes the adventure of a lifetime. Of the three books, Inferno remains the most widely read, beloved for its vigorous pace, unforgettable scenes, and dark but crucial truths.