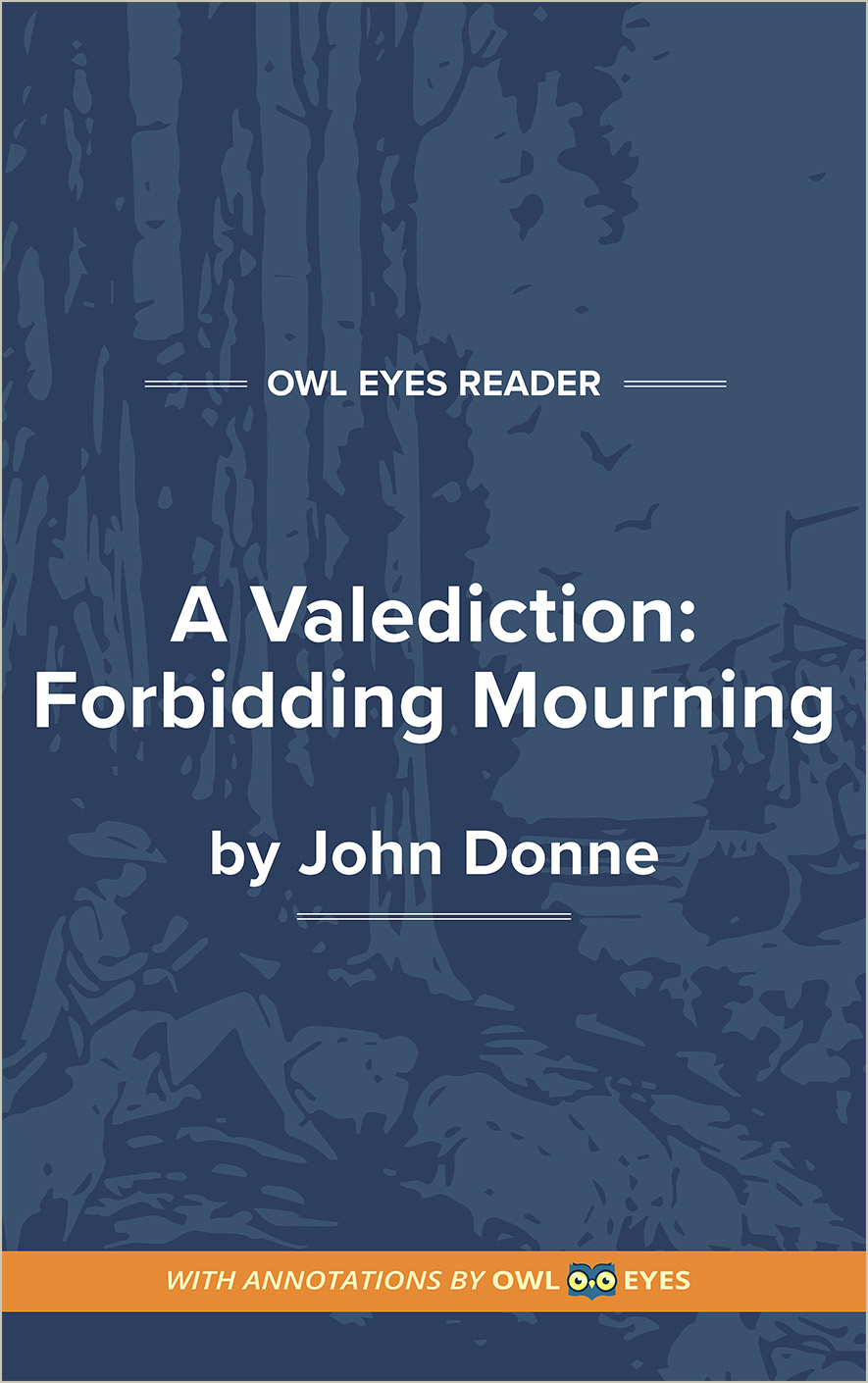 Written to his wife Anne before John Donne departed on a long tour of the European continent, “A Valediction Forbidding Mourning” uses one of the most famous and elaborate metaphors in English poetry to convince the female addressee that distance cannot affect their love. Donne’s conceit in this poem compares the lovers to the two inseparably linked points of a mathematical compass. With this odd yet suitable metaphor, Donne creates an exemplar model of metaphysical poetry. In the 17th century, the metaphysical poets were famous for their use of the conceit—an extended (often far-fetched) metaphor that compares two unlike things in order to get at the particular essence of the comparison’s subject. In his most famous work, Donne uses the technique to not only elevate the lovers to deities through their love, but also to deliver an oddly logical and indisputable argument that becomes an extremely romantic sentiment. Donne’s ability to use long, seemingly bizarre comparisons as an airtight argument makes him the most famous metaphysical poet and one of the most entertaining Renaissance poets to read. If nothing else, this poem uses poignant images to encapsulate the beautiful sentiment that pure love defies distance and contains Donne’s promise to his love that her faithfulness will “cause me to end where I began.”