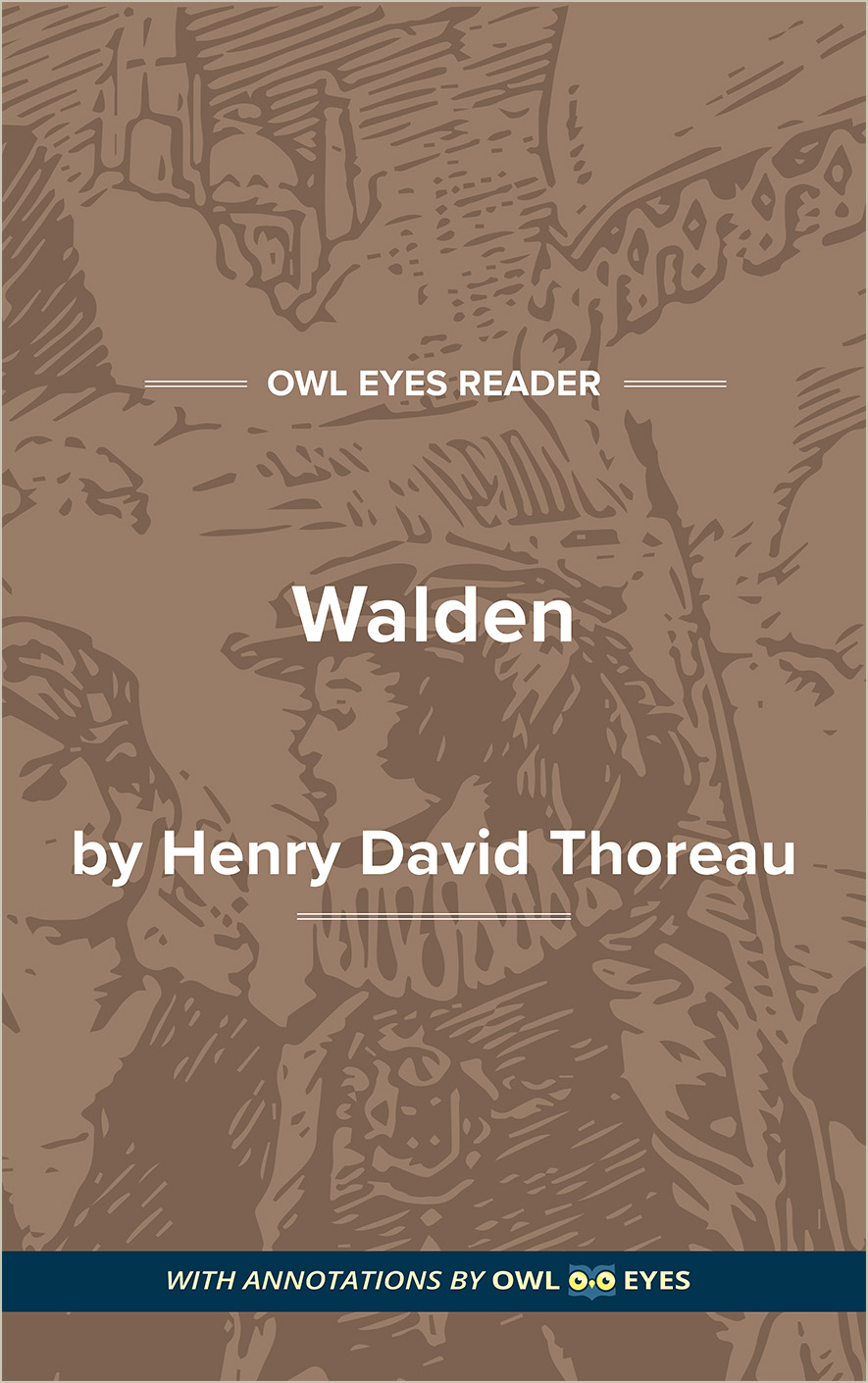 In 1845, Henry David Thoreau moved to a secluded spot near Walden Pond in Massachusetts and built a cabin where he lived alone for two years. He wanted to explore human nature and find his true identity, believing that the only way to successfully do this was to remove the distractions of everyday life. Thoreau intended to explore the transcendental concept that man could restore his true nature through self-reliance. Thoreau was one of the founders of the transcendental movement, a philosophical movement of the 1820s and a cornerstone of the American Romantic Period. Transcendentalists held that people and nature were inherently good. They asserted that society corrupted man’s nature, and that by being independent, individuals could preserve their good nature. Part memoir, part spiritual odyssey, and part self-reliance handbook, Walden conducts a social experiment to prove these ideals. Through descriptions of his surroundings, daily activities, and nature, Thoreau examines the virtue in simplicity and the beauty in nature. He compresses the two years he spent on Walden into one, so that the changing seasons symbolize his development. By cultivating a simple life based on self-reliance, Thoreau portrays an exemplary way of living that combats the illusion of progress.