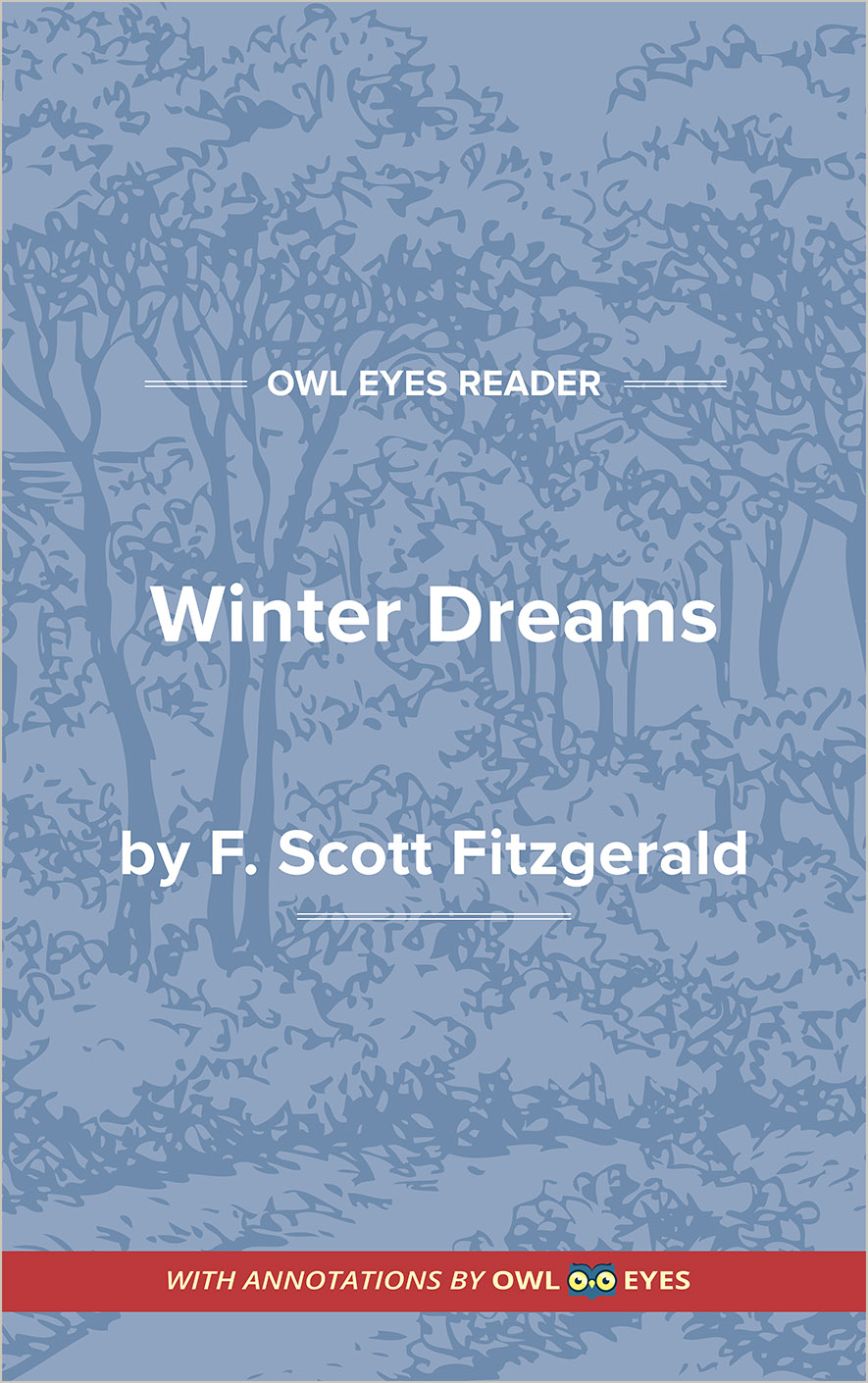 F. Scott Fitzgerald’s “Winter Dreams” initially appeared in the periodical Metropolitan in 1922, during the peak of the American Modernist period that would last until the end of World War II. Considered one of Fitzgerald’s greatest short stories, the narrative explores the painful loss of romantic illusions through his portrayal of Dexter Green’s struggle to acquire wealth and social prestige and his love for wealthy Judy Jones. The story is a thematic precursor to Fitzgerald’s celebrated novel The Great Gatsby (1925).