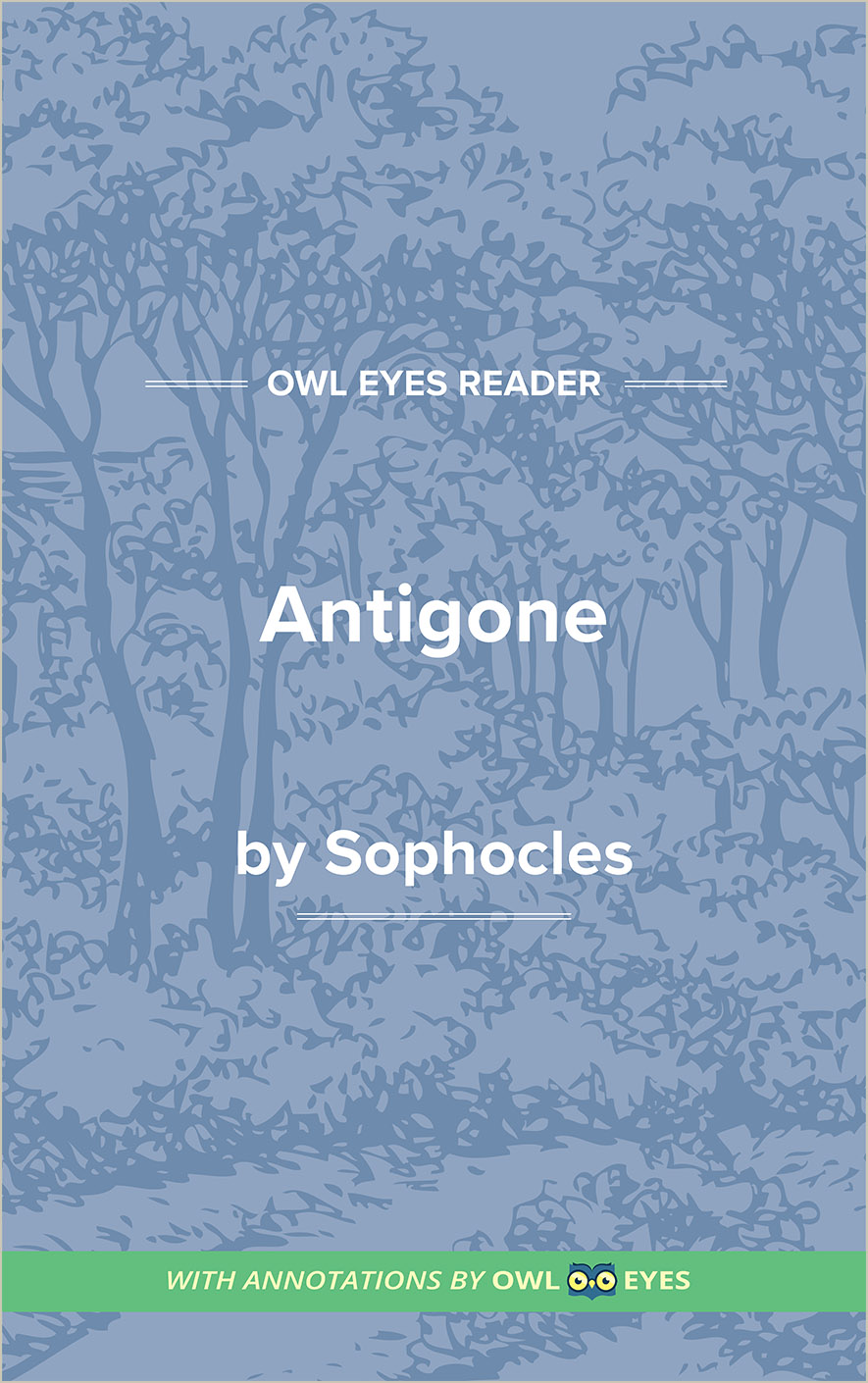 Antigone is set in front of the palace of Thebes, exactly as in Sophocles's Oedipus the King. The sons of Oedipus, Eteocles and Polynices, originally agreed to share their father's kingship over Thebes, but soon afterwards Eteocles claimed sole power and drove Polynices into exile. Polynices found sanctuary and support in the powerful city of Argos, so much so that the king of Argos betrothed his daughter to Polynices. Raising an Argive army led by himself and six other famous heroes, Polynices marched on Thebes, where each of the city's seven gates was attacked by one of the heroes, who were slain there by a Theban hero, but Polynices and Eteocles fought and slew each other. On the morning our play opens, the Argive army has just left Theban territory; the city is filled with relief. Creon—brother to Oedipus's queen, Jocasta—has taken the kingship without controversy.