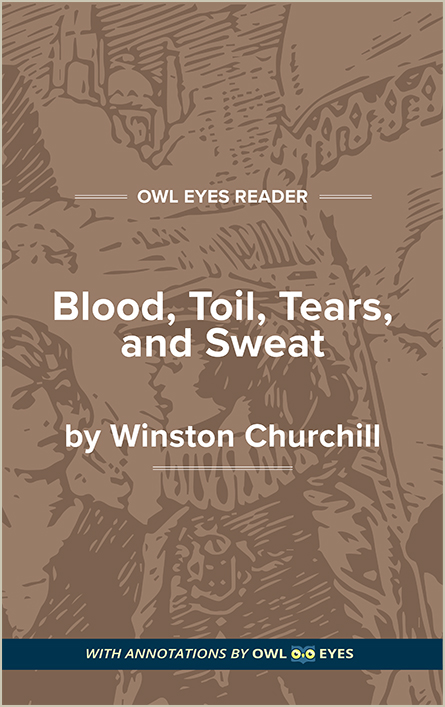 On May 10th, 1940, Germany invaded France and the Netherlands. That same day in England, Prime Minister Neville Chamberlain stepped down from his post and King George VI tapped Winston Churchill to replace him. World War II was on, and Britain needed the right leader to guide the nation into the gathering storm that had begun to rage across Europe. Churchill had been in political exile for years, having stepped down as a member of Parliament to write and broadcast about political issues. His views on the crisis arising in Germany made him suitable to take the helm of Great Britain. Unlike Chamberlain and Lord Halifax, politicians who sought peace treaties and truces with Germany, Churchill recognized the necessity of war. Peace, he thought, meant submission and submission death. On May 13th, Churchill gathered his war cabinet and went to address Parliament. The speech he delivered that afternoon—“Blood, Toil, Tears, and Sweat”—has become known as one of the most rousing speeches in British history. Churchill’s message was simple but powerful: Britain must fight; Britain must win.