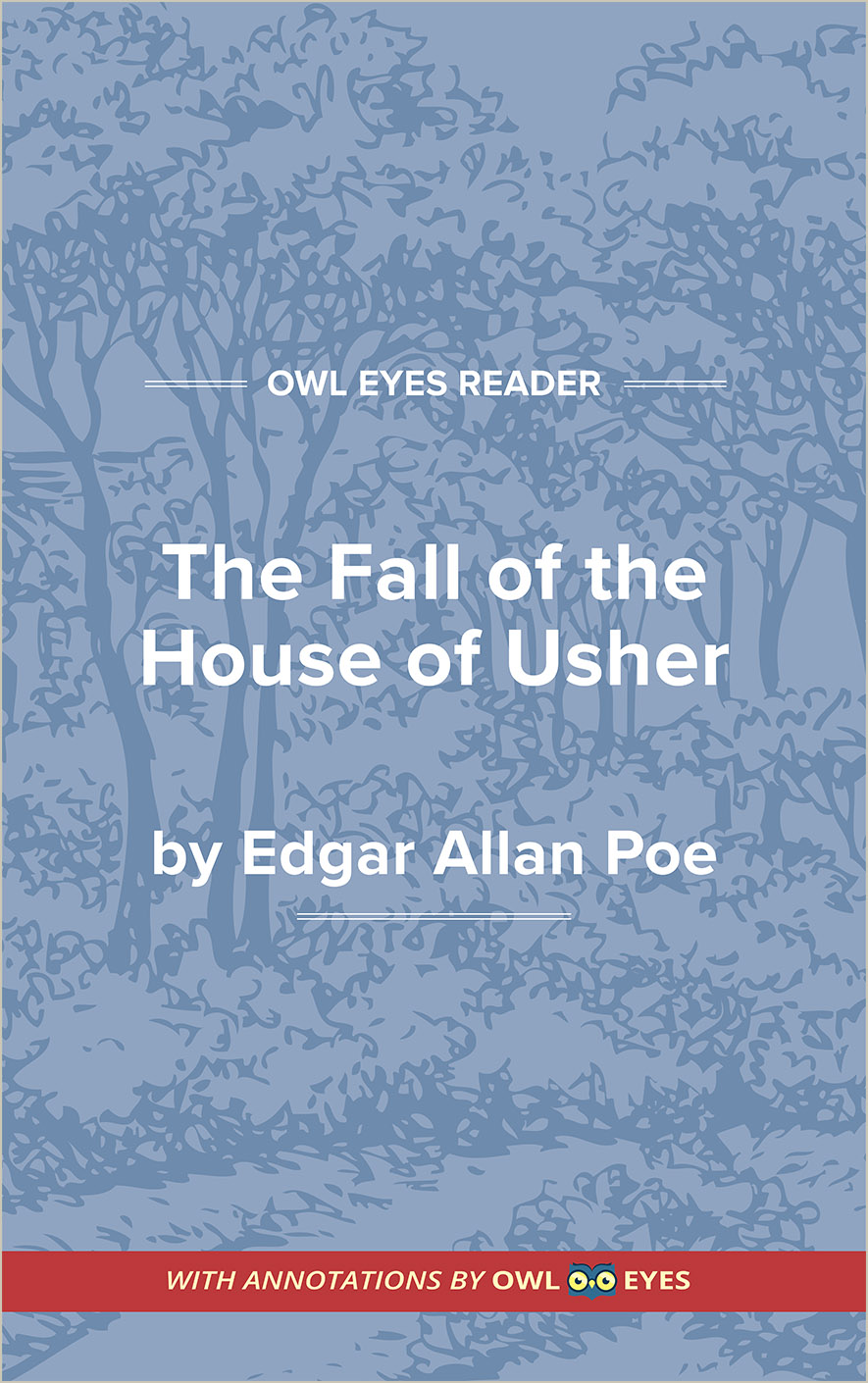 Historical Context in The Fall of the House of Usher

Reacting against didactic stories: Much of the literature in the 19th century sought to instruct or offer moral lessons. However, Edgar Allan Poe claimed that his contemporaries spent too much time being “didactic,” that they were too worried about making religious, political, and social statements with their writing. Poe considered such elements detrimental to what he considered the true purpose of writing: creating an effect. In the case of “The Fall of the House of Usher,” the primary effect conveyed is one of fear; however, the text still can be read didactically and lessons can be taken from the themes.

Gothic literature in response to romanticism: Originating in 18th-century England, Gothic literature became an important and distinctive movement with particular themes, symbols, and style that have carried on to this day: gloomy settings like castles and mansions; haunting figures like ghosts and the supernatural; symbols and colors like black and red. Poe’s Gothic style drew from many earlier elements and also incorporated aspects of loneliness, madness, helplessness, and horror, all of which contrasted sharply with the ideals of romanticism.

Historical Context Examples in The Fall of the House of Usher:

"Who slayeth the dragon, the shield he shall win...."  See in text (The Fall of the House of Usher)

The “Mad Trist” of the fictional Sir Launcelot Canning represents a permutation of the archetypal hero myth, whose pattern has been explained and analyzed by scholars such as Carl Jung and Karl Kerényi. The pattern involves a fight with a dragon—the dragon being a symbol or metaphor for a great challenge—followed by the claiming of the dragon’s “hoard,” the reward, in this case “the shield.” The reward is often gold or, in many cases, a maiden.

"the old African Satyrs and Ægipans..."  See in text (The Fall of the House of Usher)

Satyrs and Aegipans are both goat-like, mythological creatures typically associated with drinking, dancing, and wild parties. Such creatures became symbols of sin and temptation for the Catholic church, representing devils who come to tempt humanity.

"The disease of the lady Madeline had long baffled the skill of her physicians...."  See in text (The Fall of the House of Usher)

Poe compounds the elements of fear and mystery by making Madeline’s disease undiagnosable. It’s possible that she suffers from an ennui similar to that of her brother, which means that these symptoms could be rooted in a profound unhappiness or depression. Her physical symptoms of “wasting away” may also suggest consumption, or tuberculosis, a disease that results in the body’s wasting away from a lack of resources.

"I feel that the period will sooner or later arrive when I must abandon life and reason together, in some struggle with the grim phantasm, FEAR.”..."  See in text (The Fall of the House of Usher)

In his “Philosophy of Composition,” Poe stated that the purpose of art and story is to create a singular emotion. Here, the full-caps emphasis on “FEAR” emphasizes that it’s the primary feeling Poe is attempting to evoke in this story. Notice how the narrator crafts his struggle around abandoning life and reason. Isolation and madness are consistent themes in Gothic literature, and “The Fall of the House of Usher” is no exception.

"the stem of the Usher race, all time-honoured as it was, had put forth, at no period, any enduring branch; in other words, that the entire family lay in the direct line of descent..."  See in text (The Fall of the House of Usher)

By “branch,” the narrator refers to the different families and marriages that constitute a family “tree.” That the Usher’s have no “enduring” branch and that the family has a “direct line of descent” means that the family likely only married siblings and first cousins, a practice known as incest. Moral and ethical taboos aside, a family that intermarries does not acquire different genetic material, which can lead to birth defects and other forms of genetic diseases. This practice is illegal nearly everywhere today, but many European monarchs over the last several hundred years were very closely related, giving the impression that certain blood lines were more “pure” than others.

"—the hideous dropping off of the veil...."  See in text (The Fall of the House of Usher)

Generally speaking, a veil is something that conceals something else. In this case, the narrator’s mention of a removal of the veil suggests that he is seeing something more clearly, as if he sees the hideous truth of this house and land. This notion is common in Gothic literature, in which characters witness the “reality” of the situation as one that is ambivalent, dark, and horrible.

"DURING THE WHOLE of a dull, dark, and soundless day..."  See in text (The Fall of the House of Usher)

Gothic literature has several core features that have defined the style since the 19th century: settings like castles, vaults, mansions; hauntings, ghosts, and the supernatural; blood, suspense, and death. This opening paragraph is an excellent example of Poe's Gothic style, which heavily drew on previous Gothic literature until his own work came to practically define the genre. From the “dreary tract of country” to “the melancholy House of Usher,” Poe establishes the atmosphere of this Gothic tale, leading us, along with the narrator, into an intimidating house full of memories, mystery, and horror.