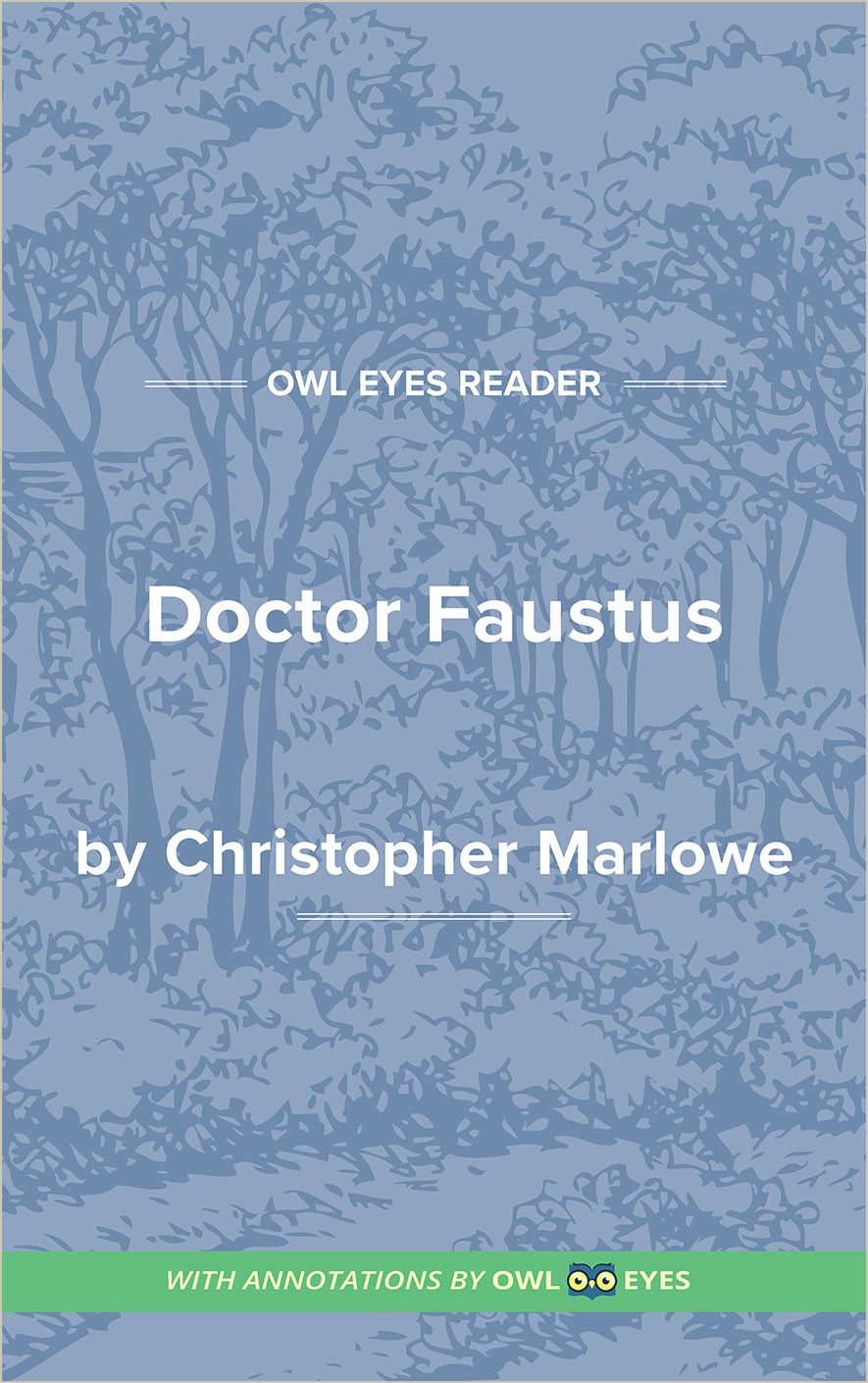 "Rather illusions—fruits of lunacy,(20) That makes men foolish that do trust them most...."  See in text (Scene 5)

The Evil Angel recites Calvinist philosophy to mock the Good Angel's proposition of prayer. Calvinists believed in predestination, that some were born damned while others were born saved. Thus to them, prayer for salvation was an illusion because one could not reverse the condition of their nature. Notice that Marlowe mocks Calvinism by putting this philosophy in the mouth of the Evil Angel: it is the manipulative speech of an evil being rather than a respected doctrine.

Dardania is another name for Troy. Faustus responds by briefly outlining the story of Helen of Troy and her lover Paris in order to remind the audience who the play is talking about. This is a rhetorical advice that would have made the play more inclusive, and therefore more popular, to the lower class members of Marlowe's audience.