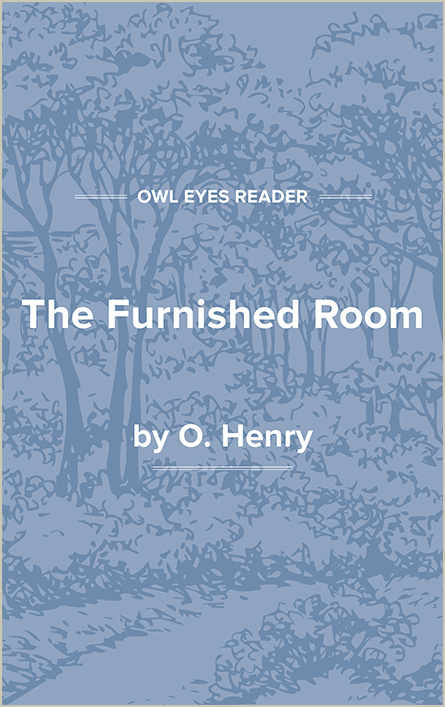 This is perhaps the bleakest of O. Henry’s best-known stories. Although the basic ironic plot can be summarized in a sentence—a young man commits suicide in the same room where a young woman for whom he has vainly searched killed herself—it is the musty atmosphere of the room and the suggestion that every place bears the traces of the lives that have inhabited it that makes the story so compelling. It is a story of transience, of lives that move through a bleak, indifferent world, leaving only bits of themselves, which the young man uncovers as he searches through drawers and pokes into every corner and crevice of the room looking for something that remains of the woman he seeks. However, all that is left is an illusory sweet familiar smell, which melodramatically becomes the sweet smell of the gas he turns on in despair, as she did only one week previously. Although the fact that the young man ends up in the very same room in which his lost sweetheart took her life is one of the most extreme coincidences in all of O. Henry’s fiction, the power of the atmosphere of the story is so strong that readers are willing to accept it.

The story ends with two old Dickensian landladies prattling over their beer about the death of a young woman in the room the previous week, which the landlady has kept secret because she did not want to lose the young man’s rent. As the young man lies dead upstairs, the ending of the story, with its focus on the mendacity of the old women, reinforces the squalor of the room, further suggesting the unfeeling city that has no room for the romanticism of the two lovers.