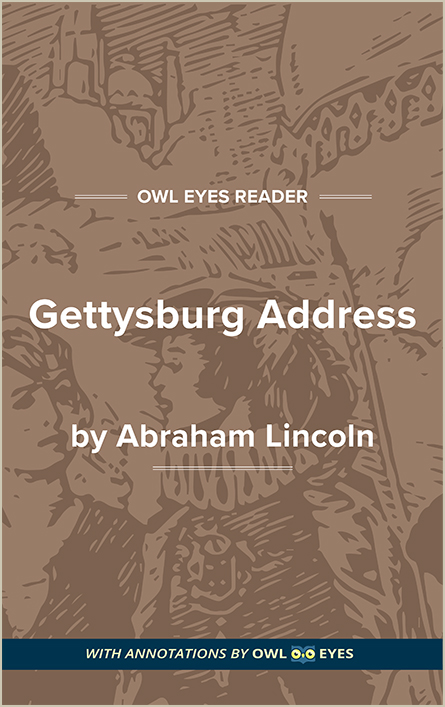 To do something “in vain” is to do it uselessly, without effect or purpose. The word derives from the Latin vanus, which means “empty” or “void.” Lincoln’s aim is to ensure that the Union dead did not die without meaning, and therefore to call on the living to fulfill the purpose of the dead.

To “hallow” means to sanctify or purify a person, place, or object. The word derives from the Old Saxon “hêlagôn,” from which we also derive “holy.” Lincoln uses a series of related words—dedicate, consecrate, and hallow—in order to emphasize his point that the ground at Gettysburg has already been rendered sacred by the sacrifices of the fallen soldiers.

The verb “consecrate” means to designate a person, place, or thing as sacred, to dedicate it to a religious purpose. In many cases, the act of consecration grants a place—often a church or cemetery—a special legal status. The process of assigning events a religious purpose was familiar to Abraham Lincoln, who spoke eloquently of the divine purposes animating the Civil War in his Second Inaugural Address.