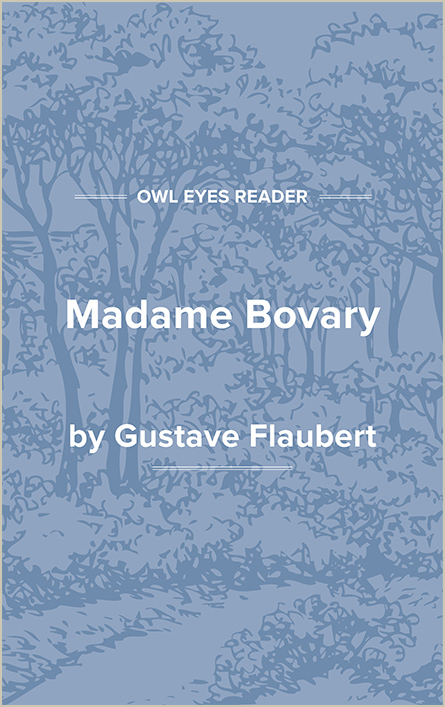 We were in class when the head-master came in, followed by a "new fellow," not wearing the school uniform, and a school servant carrying a large desk. Those who had been asleep woke up, and every one rose as if just surprised at his work. The head-master made a sign to us to sit down. Then, turning to the class-master, he said to him in a low voice-- "Monsieur Roger, here is a pupil whom I recommend to your care; he'll be in the second. If his work and conduct are satisfactory, he will go into one of the upper classes, as becomes his age." The "new fellow," standing in the corner behind the door so that he could hardly be seen, was a country lad of about fifteen, and taller than any of us. His hair was cut square on his forehead like a village chorister's; he looked reliable, but very ill at ease. Although he was not broad-shouldered, his short school jacket of green cloth with black buttons must have been tight about the arm-holes, and showed at the opening of the cuffs red wrists accustomed to being bare. His legs, in blue stockings, looked out from beneath yellow trousers, drawn tight by braces, He wore stout, ill-cleaned, hob-nailed boots.