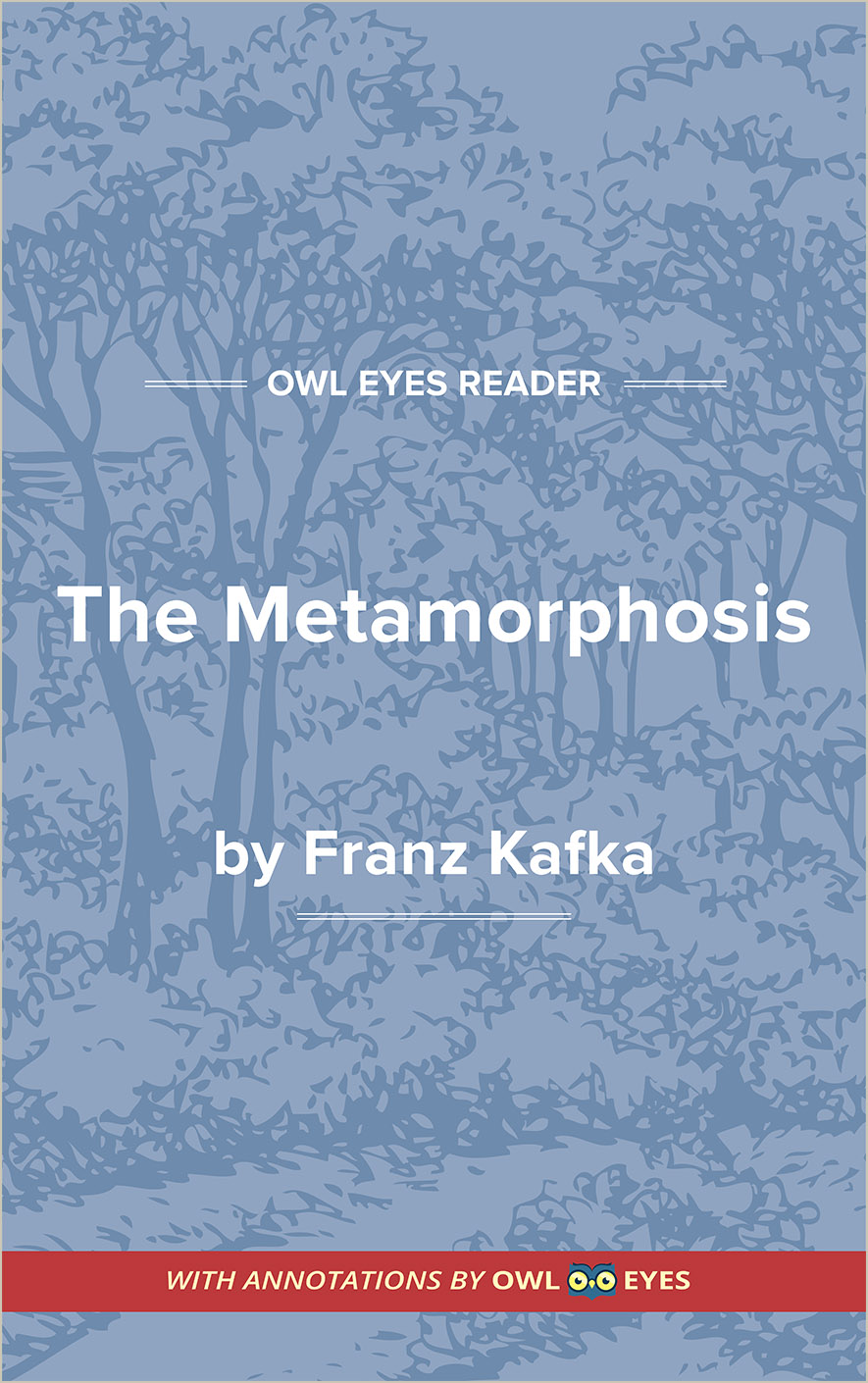 Metaphor in The Metamorphosis

Metaphor Examples in The Metamorphosis:

This is a double entendre: the "fog" refers both to the literal fog that has yet to dissipate and the mental "fog" that Gregor feels because of his inability to make a decision. His surprise here can be read as a mild incredulity over the fact that he's still having this problem, even after spending so long in bed.

"to avoid those storm clouds brewing over the boss' head..."  See in text (Chapter I)

Kafka builds on his previous characterization of the boss as a mean, overtly domineering person by using the metaphor of storm clouds to illustrate his frustration with Gregor, whose tardiness angers his boss to the point where "storm clouds" (of anger and frustration) brew over his head, as if he's plotting against Gregor (possibly to fire him).

"one heard raindrops falling upon the window ledge..."  See in text (Chapter I)

Minute details such as these appear throughout the text and help to illustrate a central existentialist concept: that the immediate moment and everything in it is of paramount importance. This description can also be interpreted as a metaphor for human individuality, where the raindrops, like snowflakes, which symbolize unique individuals, are destroyed when they fall on the window ledge.