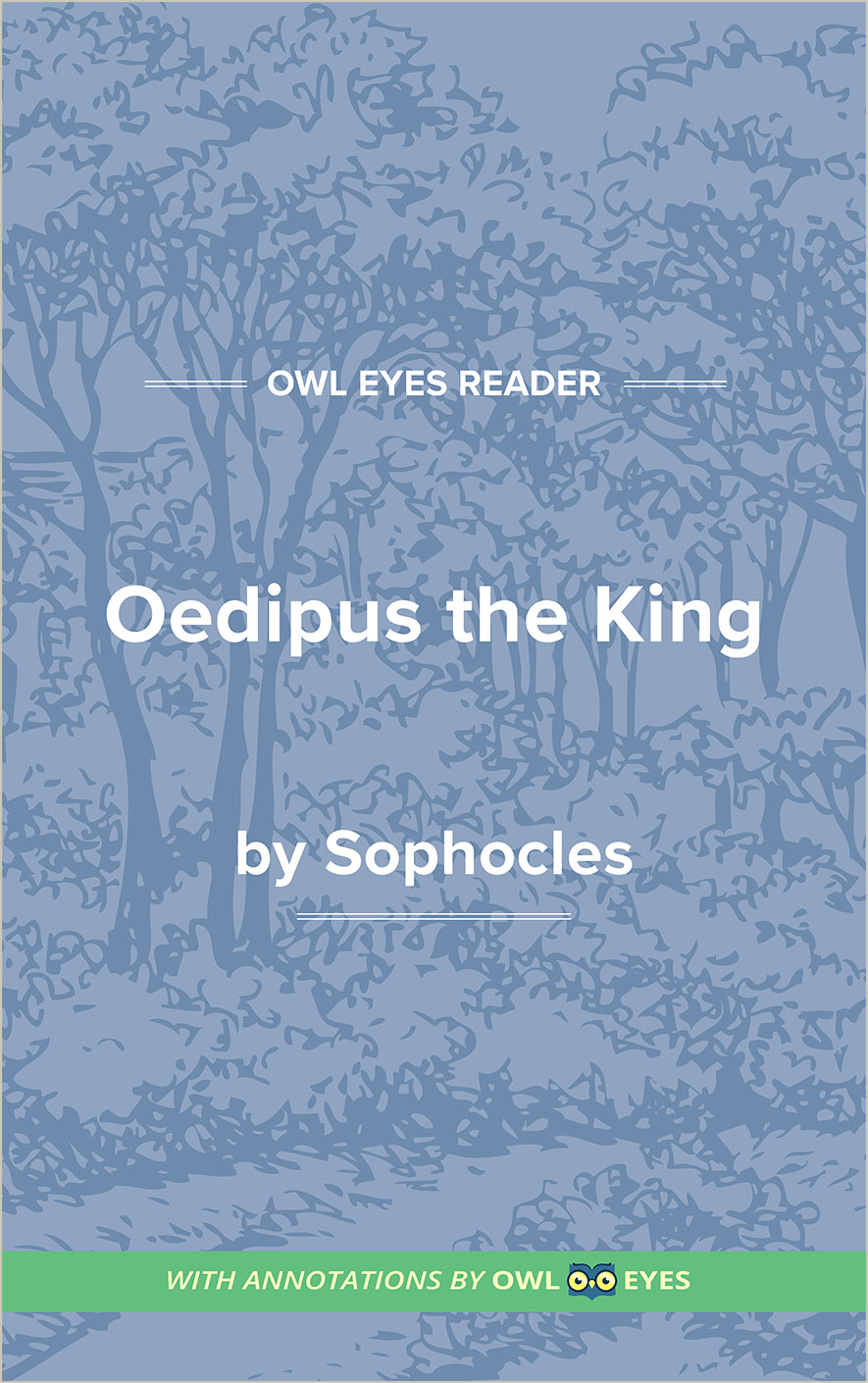 Irony in Oedipus the King

Dramatic Irony: Dramatic irony arises when the audience knows more than a character does. There is a tremendous amount of dramatic irony in Oedipus the King, particularly in the scenes leading up to Oedipus’s recognition of his own guilt. The mystery at the heart of the play concerns the murderer of the former king Laius. The gods send a plague to Thebes when they fail to bury the dead king. The play was based on a myth that was familiar to the audience. There is also a scene early in the play in which the prophet Tiresias tells Oedipus, “You yourself are the criminal you seek.” For much of the play, the audience either knows or correctly suspects that Oedipus is the murderer for whom he searches.

Irony Examples in Oedipus the King:

"Did any bandit dare so bold a stroke, Unless indeed he were suborned from Thebes?..."  See in text (Oedipus the King)

Some scholars liken Oedipus the King to a detective story since the title character attempts to piece together clues about the mysterious inception of the plague. However, unlike most detective stories, this story is imbued with dramatic irony: while Oedipus attempts to uncover the truth, the audience already knows the answer to the mystery.

"but I grieve at once Both for the general and myself and you...."  See in text (Oedipus the King)

Oedipus empathizes with his people, recognizing their pain as his pain. He makes his life very public and discloses much of his personal information throughout the play with the Theben people. However, Oedipus’s attempt to remain transparent with his subjects and dissolve the separation between his private and public life is an example of dramatic irony. The audience and reader already know that Oedipus does not truly know himself or the context of his private life. Thus, this attempt to be open with his people is ironic because it’s a false representation of himself.

"thou hast eyes, Yet see'st not in what misery thou art fallen,..."  See in text (Oedipus the King)

It is ironic that Teiresias, the blind prophet, accuses Oedipus of not being able to see. In this context, Teiresias’s vision and Oedipus’s blindness are metaphorical and concern the domain of truth. This conception of vision as the capacity to confront truth is one of the play’s central themes. Oedipus will suffer for his own blindness because of his inability to accept Tiresias's prophecy.

"I His blood-avenger will maintain his cause As though he were my sire,..."  See in text (Oedipus the King)

Oedipus’s declaration of vengeance for the former king, Laius, is full of dramatic irony. Oedipus intends to avenge Laius “as though he were my sire,” sire meaning “father.” The audience already knows that Laius is his sire. The term “blood-avenger” evokes both Laius’s spilled blood as well as the biological connection between Oedipus and Laius, to which Oedipus is blind.

Sophocles does not explicitly name the monster or explain the story of Oedipus and the Sphinx because Greek tragedies were based on widely known myths that his audience would be familiar with. This mythos creates a type of inherent dramatic irony as the audience often knows the end of the story before the play begins. The entertainment in Greek tragedy focuses on how the story unfolds rather than the plot of the story.