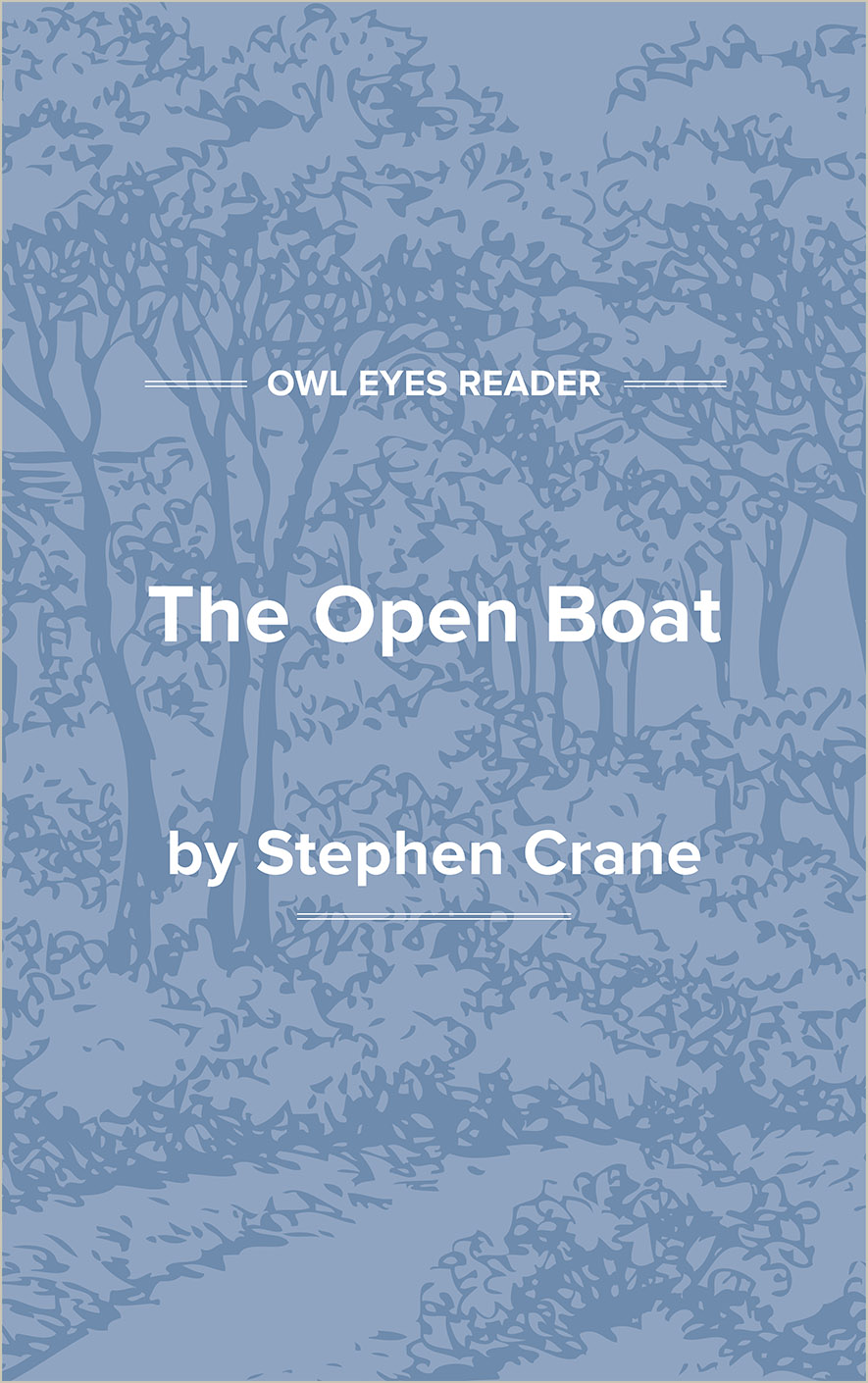 “The Open Boat” is considered by some critics to be Stephen Crane’s masterpiece. Summarizing the rudimentary plot—the struggle of four shipwrecked men to survive in a rough sea in a ten-foot dinghy—suggests little of the story’s abiding interest. At its center lies not the question of who will survive, ultimately revealed as a matter of chance anyway, but rather the progressively revealed nature of human life and the place of humanity in the universe. The theme is not presented as an abstract philosophical statement; it emerges, rather, from a brilliantly compelling rendition of life in an open boat, vividly portrayed and psychologically exact.

The events immediately preceding those of “The Open Boat” are recounted in “Stephen Crane’s Own Story,” published January 7, 1897—five days after the Commodore sank—in the New York Press. The short story can be appreciated without reading the journalistic narrative, though knowing the context is useful as background. It is instructive, nevertheless, to compare the openings. “Stephen Crane’s Own Story” begins, after the dateline, “It was the afternoon of New Year’s. The Commodore lay at her dock in Jacksonville”—functional journalistic prose, whose sole purpose is the objective presentation of facts. The opening of “The Open Boat,” on the other hand—“None of them knew the color of the sky” is one of the most famous sentences in modern literature. Arrestingly, with the utmost concision, it reveals the essentials of life in a ten-foot dinghy: One’s world is reduced, one’s attention is focused solely on survival from moment to moment. What the men know about, in frighteningly intimate detail, is the waves that threaten to swamp the boat.

The four men in the dinghy are the captain of the Commodore; the oiler, who worked in the engine room; the ship’s cook; and the correspondent, Stephen Crane himself. They have come together by accident, strangers whose names—except for the oiler’s, given incidentally in dialogue—are not even mentioned. This deliberate omission comes to suggest, by the end, that the men are Everyman, that everyone, in a symbolic separated sense, lives in an open boat without knowing it.

They are separated from the sea by “six inches of gunwale.” The correspondent rows and wonders “why he was there”—in that boat, in that particular place and time—but the wonderment is also about his life and about human life in general. Many of the details in the story have a similar double significance, coming as they do from two different angles: The correspondent is sitting in the boat six inches from the waves, and is at the same time reflecting on the events afterward as he writes the story.

The surface structure of “The Open Boat” is that of the journey itself; an almost random movement as the boat, sometimes controlled by the struggling oarsmen, sometimes by wind and waves, works its way up and down the Florida coast. Land and safety are within sight but are unattainable because of the pounding surf. A more significant movement lies in the rapidly altering perspectives of the men as they experience hope and fear, confidence and despair, anger, puzzlement, and love for one another in the brotherhood of the boat—a lifetime’s range of emotions. Ultimately, however,...