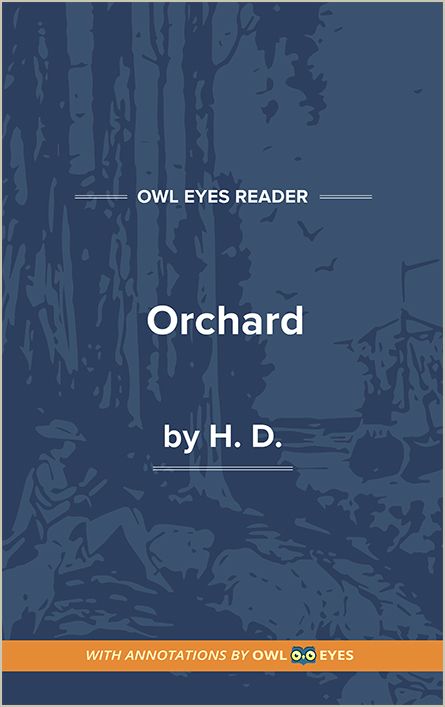 H.D.’s “Orchard” presents a speaker struggling with temptation in the midst of a lush, verdant orchard. The speaker juxtaposes vibrant imagery and metaphors with allusions to Puritan ideology to both entice readers with the garden’s beauty and warn them against giving in to earthly pleasures. However, the undertones of Puritan ideology, which associates desire with evil and sin, appear to fall apart against the vivid descriptions of thundering bees and fruit dripping in wine. H.D.’s rich, sensory language calls into question the speaker’s purported principles of work, servitude, and religious sacrifice, leaving readers to wonder if each moment of descriptive creativity is not in itself an indulgence. H.D.’s ability to bring the garden to life speaks both to her involvement in 20th-century Imagism and her resurgent fame in the 1970s.