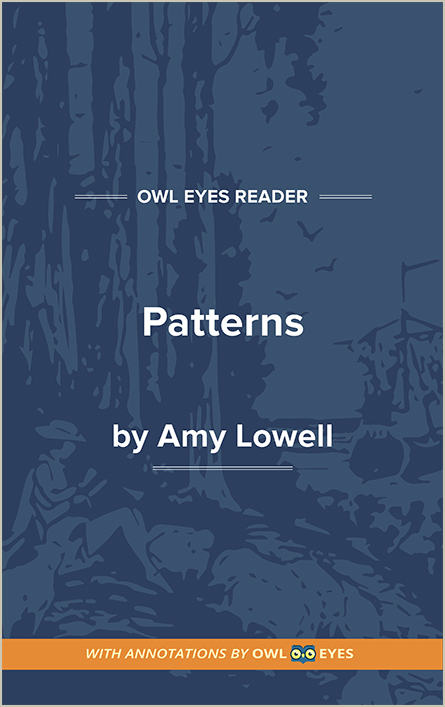 The use of “wars” as a verb here not only indicates the strength of the speaker’s passion against “the stiff brocade,” but it also introduces the idea of war into the poem. War has historically allowed a privileged few to trade the lives of others for desired patterns of behavior around the world, such as territorial disputes, societal differences, and bigoted aggression.

The verb “to sink” indicates downward motion, typically in a medium such as water, that can result from external force moving something down, such as weight or pressure. On a figurative level, grief and despair can cause a loss of bodily function, resulting in someone losing the ability to remain standing. Here, then, the speaker sinks instead of sits to suggest that the action is performed without her intent. She lacks the power to perform this conscious action because something else has robbed her of her willpower.