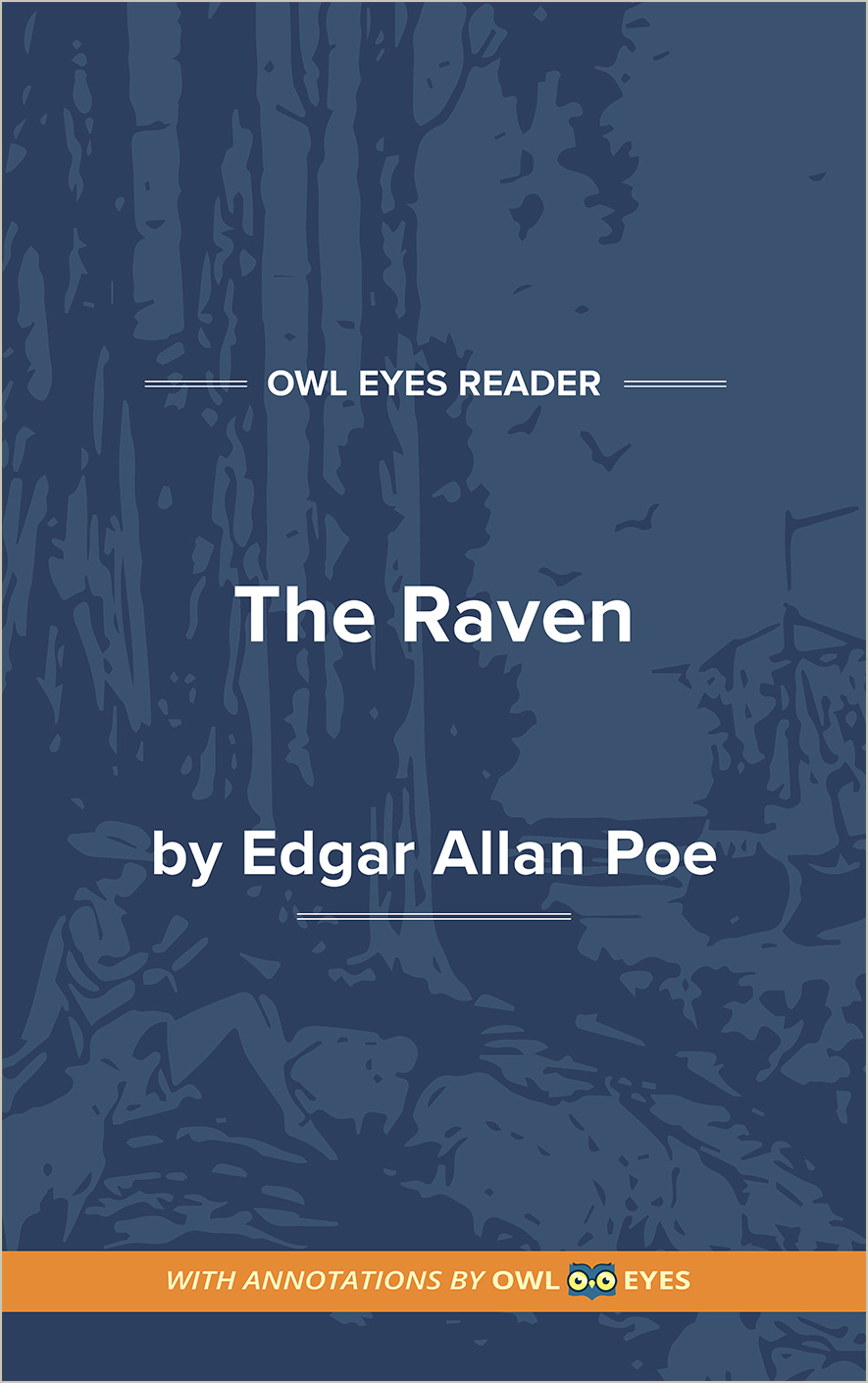 Historical Context in The Raven

When Poe wrote “The Raven,” he was attempting to carve out a living for himself solely as a poet and fiction writer, which was unheard-of at the time. The poem, published in 1845 and circulated by a number of New York-based newspapers, launched Poe into literary fame but failed to bring him financial security. The intense, immediate popularity of “The Raven” brought about a crop of colorful parodies, as well as polarized reviews. Many readers were enraptured by the poem’s musicality and atmosphere; others, including William Butler Yeats and Ralph Waldo Emerson, found the poem vapid.

Poe admired the work of Charles Dickens, a contemporary and acquaintance, and wrote reviews of Dickens’s early writings. Dickens’s 1841 novel Barnaby Rudge includes a comical raven named Grip, who raps on the window and repeatedly croaks the word “Nobody.” One of Poe’s critiques of the novel was that the raven’s “croaking might have been prophetically heard in the course of the drama.” Poe went on to realize his darker vision for the bird in “The Raven.”

Historical Context Examples in The Raven:

The narrator perceives the Raven as a wandering ancient creature. In Genesis 8:7, Noah sends a dove and a raven in opposite directions to test if the water had receded enough for his family and the animals to leave the ark. The dove remains famous for returning and signaling the end of the flood. The raven never returns to the ark, and is lost to the night. Referencing the grim associations given to the bird since Greek mythology draws on a long standing history that relates this bird to wandering, absence, and omens.

A "window lattice" is a window in which the pieces of glass are set in diagonally crossing strips of wood, vinyl, or metal. In the 19th century, windows were made this way because large single sheets of glass were extremely expensive due to primitive glass-making technology.

In his "Philosophy of Composition," Poe claimed that “Beauty of whatever kind, in its supreme development, invariably excites the sensitive soul to tears. Melancholy is thus the most legitimate of all the poetical tones.” He chose to make the death of a beautiful woman his topic because he believed that nothing was more poetical than the beautiful melancholy that this topic would evoke.