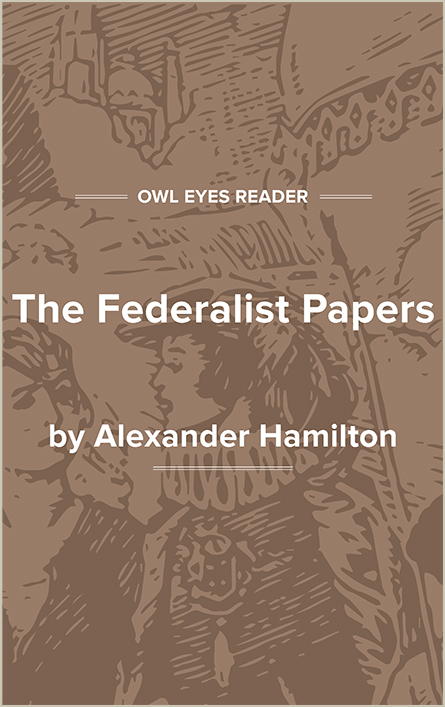 Article abstract: Hamilton, with James Madison and John Jay, made significant contributions to the United States’ public life before 1820. Together they wrote The Federalist to market the 1787 Constitution during the bitter ratification struggle.

Alexander Hamilton was born an illegitimate child on the island of Nevis in the British West Indies and migrated to the American colonies in 1772. He worked hard to attain the social status John Jay and James Madison enjoyed from birth. Perhaps because of his background, Hamilton was a risk taker throughout his life. Although he died a member of the Episcopal Church, he had periods of religious skepticism unknown to Jay and Madison. Although Jay and Madison were loyal, devoted husbands, Hamilton’s insecurity led him into sex scandals.

Both Hamilton and Jay were lawyers who graduated from King’s College in New York City, which later became Columbia University. Madison, a graduate of Princeton University, did not pursue specialized professional training because his chronic ill health led him to expect an early death. However, Madison was exceptionally learned in history, religion, and political theory by the time he left Princeton.

Hamilton served as a lieutenant colonel on George Washington’s staff from 1777 to 1781 during the Revolutionary War and married Elizabeth Schuyler Hamilton in 1780. As a practicing attorney, he was an able and vigorous advocate who quickly attained success in difficult cases and secured the respect of his peers. Hamilton was particularly successful in Rutgers v. Waddington, a 1784 case that enabled him to defend a policy of lenient treatment for former Tories (colonists sympathetic to the British during the Revolutionary War) and that helped establish the doctrine of judicial review.

A master of the art of rhetoric, Hamilton planned the scope of The Federalist and wrote more essays than Madison and Jay combined, although scholars have differed as to which essays were written by Hamilton and which by Madison. He was well positioned for success as President Washington’s secretary of the treasury from 1789 to 1795, and his economic platform of a national bank, creditor rights, payment of state debts accumulated during the Revolution, and friendly relations with Great Britain helped create a sound economic footing for the United States. Statesman Thomas Jefferson opposed Hamilton’s economic principles, and Jefferson’s political party, the Democratic Republicans, sought and eventually gained the political power held by Hamilton and the Federalist Party. Despite their disagreements, in 1800 Hamilton backed Jefferson over Aaron Burr in his bid for the presidency. Burr became Hamilton’s bitter enemy, and he shot Hamilton in a fatal duel in 1804.

The authors of The Federalist, who used the pseudonym Publius, based on Greek biographer Plutarch’s account of the Roman politician Publius Valerius Publicola, provided a critical exposition of the Constitution immediately after it was written in eighty-five essays originally published serially in a newspaper and later in book form. The Federalist played a crucial role in the struggle to ratify the Constitution, especially in the vital swing state of New York, and it provided a good argument that the governance problems that the United States experienced under the Articles of Confederation were too severe to be remedied by patchwork alterations by 1787. Although the more limited Annapolis Convention of 1786 had only recommended revisions to the articles after examining the political situation, propertied, informed individuals sought more drastic change. Therefore, in 1787, a Constitutional Convention was called in Philadelphia with the stated goal of salvaging the Articles of Confederation, and it produced an entirely new document, creating a strong central government and allowing it to act directly on individuals, which the Confederation government never had the authority to do.