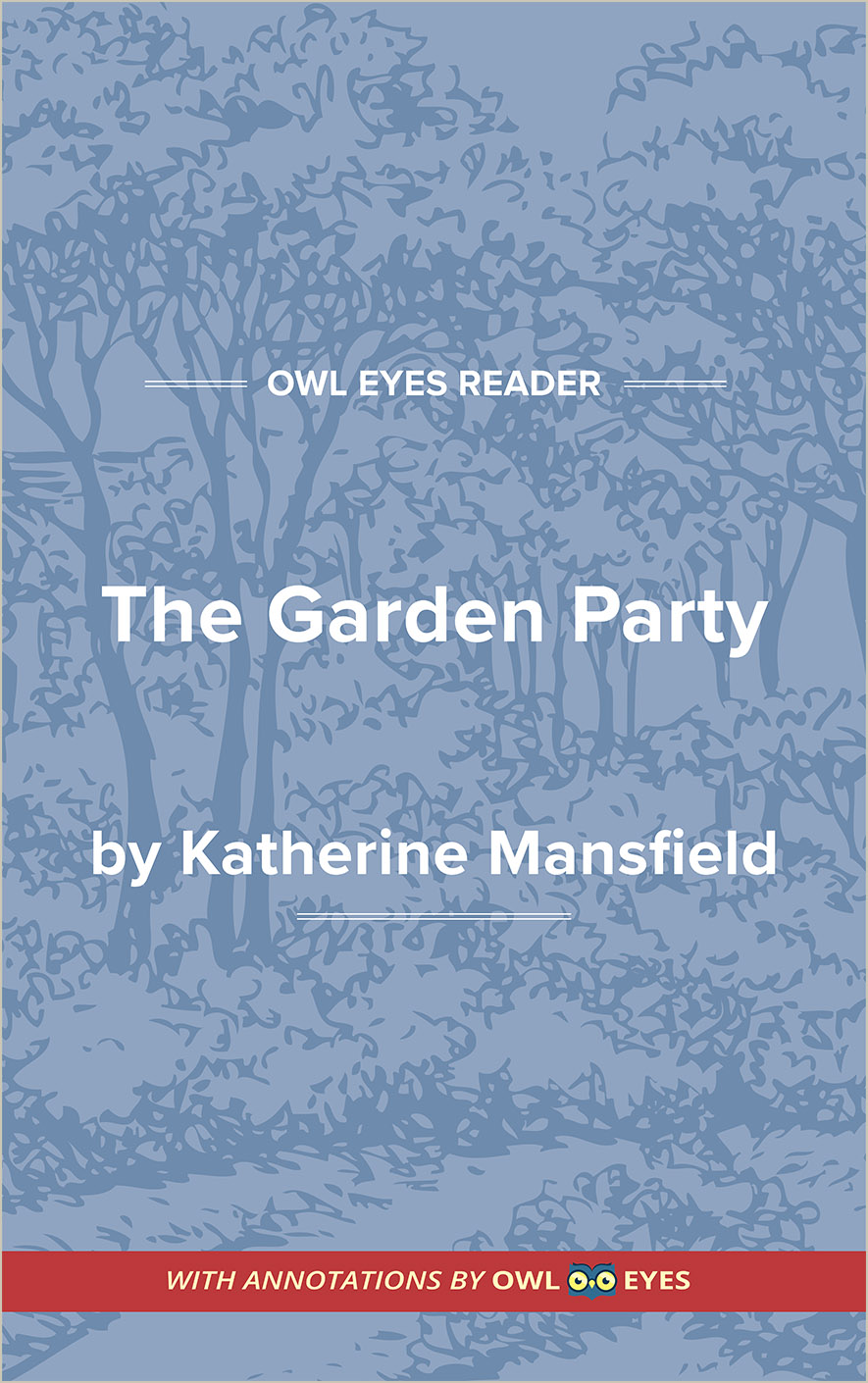 Symbols in The Garden Party

Symbols Examples in The Garden Party:

White lilies signify death and one’s ability to regain their lost innocence and purity in death. In many Eastern cultures and in medieval Europe, white is seen as the deepest mourning color. Thus, Mrs. Sheridan wants to send white lilies, literal symbols of death, in order to comfort a grieving widow.

"Laura, you look quite Spanish...."  See in text (The Garden Party)

Laura’s style of dress during the party represents her unique position in the story. The hat Mrs. Sheridan gives her is a symbol of high class; hats were an important status symbol in British and European society. Yet the hat is black, denoting Laura’s desired movement, or her fascination with, to the lower and working classes. When Laura is accused of looking “quite Spanish,” the compliment—with its suggestion of exoticism—reveals Laura’s outsider status.

Contrary to the natural flowers that have been thus far described in the story, the “gold daisies” of this hat take on an artificial and dazzling quality. When Laura wears the hat, she becomes both one with the garden and distinct from it. Since gold is symbolic of wealth and power, this could be Mrs. Sheridan crowing Laura with power over the garden. This metaphorical crowning represents the close relationship between Mrs. Sheridan and Laura.

"And I suddenly thought for once in my life I shall have enough canna lilies..."  See in text (The Garden Party)

Canna lilies also symbolize rebirth or resurrection. In the Christian tradition, Jesus rose from the dead on Easter three days after his crucifixion. Canna lilies bloom around Easter and are shaped like trumpets making them symbols of triumph and celebration. In stating that she will “finally have enough canna lilies,” Mrs. Sheridan could be drawing on this symbolic resonance: the flowers become a symbol of both the celebratory nature of the party and the distancing of death. In a garden full of robust flowers that symbolize rebirth, death and gloom have no place.

The class distinctions in the story are expressed through the symbolic contrast of light and dark. The environs of the Sheridan home are bright and light, echoing the perfect clarity of the day, while the cluster of cottages that house the working classes, is cloaked in shadows and darkness. That darkness appears in the workman’s “dark blue” eye. That Laura admires his eye illustrates her desire to cross class boundaries, to explore the darkness beyond her upper-class world.