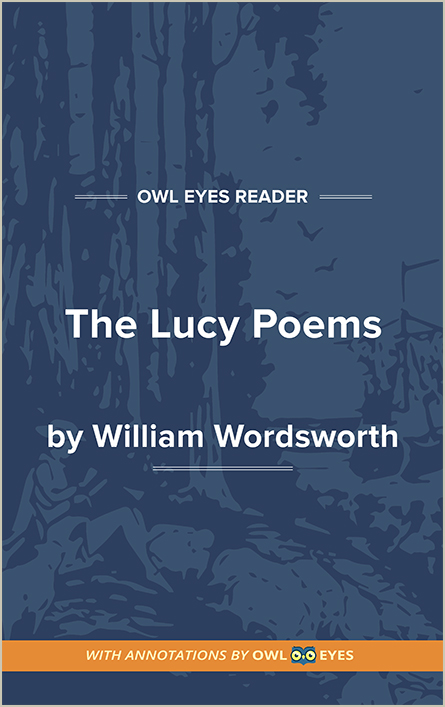 Historical Context in The Lucy Poems

I travelled among unknown men

"And thine too is the last green field That Lucy's eyes surveyed...."  See in text (I travelled among unknown men)

The speaker is inspired only in and by England. The reference to the “green field” to which the muse turns her gaze singles out England’s natural landscapes as a particular source of inspiration. One is tempted to identify Wordsworth himself as the speaker, for he wrote often of the natural scenery of his native Lake District in England. The speaker’s two objects of love—Lucy and England—are intertwined. Her final gaze on England before her death seals this connection.

"“Myself will to my darling be Both law and impulse,..."  See in text (Three years she grew in sun and shower (The Education of Nature))

Nature takes on the role of a character in this poem. Nearly six of the seven stanzas consist of Nature’s own words, which weave an account of Lucy’s birth and upbringing. Throughout the Lucy poems, Lucy represents a muse, a personification of the speaker’s poetic inspiration. In this poem, it becomes clear that the speaker’s muse is inseparable from the natural world. The poets of Romantic movement—Wordsworth included—almost universally viewed the natural world as a primary source of poetic inspiration.