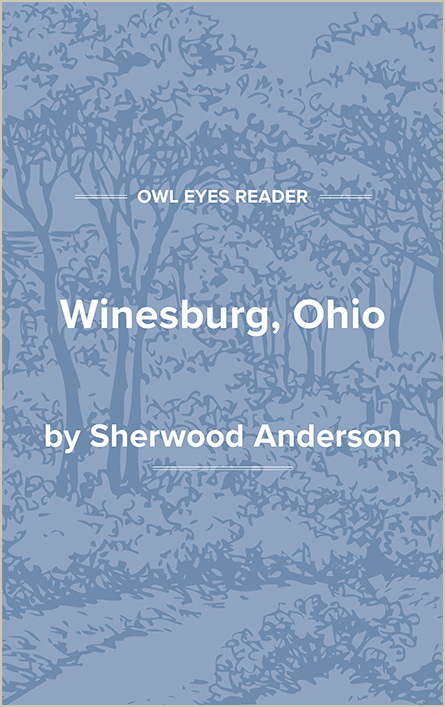 The writer, an old man with a white mustache, had some difficulty in getting into bed. The windows of the house in which he lived were high and he wanted to look at the trees when he awoke in the morning. A carpenter came to fix the bed so that it would be on a level with the window.

Quite a fuss was made about the matter. The carpenter, who had been a soldier in the Civil War, came into the writer's room and sat down to talk of building a platform for the purpose of raising the bed. The writer had cigars lying about and the carpenter smoked.

For a time the two men talked of the raising of the bed and then they talked of other things. The soldier got on the subject of the war. The writer, in fact, led him to that subject. The carpenter had once been a prisoner in Andersonville prison and had lost a brother. The brother had died of starvation, and whenever the carpenter got upon that subject he cried. He, like the old writer, had a white mustache, and when he cried he puckered up his lips and the mustache bobbed up and down. The weeping old man with the cigar in his mouth was ludicrous. The plan the writer had for the raising of his bed was forgotten and later the carpenter did it in his own way and the writer, who was past sixty, had to help himself with a chair when he went to bed at night.