Are you a teacher? Subscribe today to access hundreds of premium teaching resources and lesson plans! close
close
close
close
« Library « Young Adult « The Call of the Wild « Summary 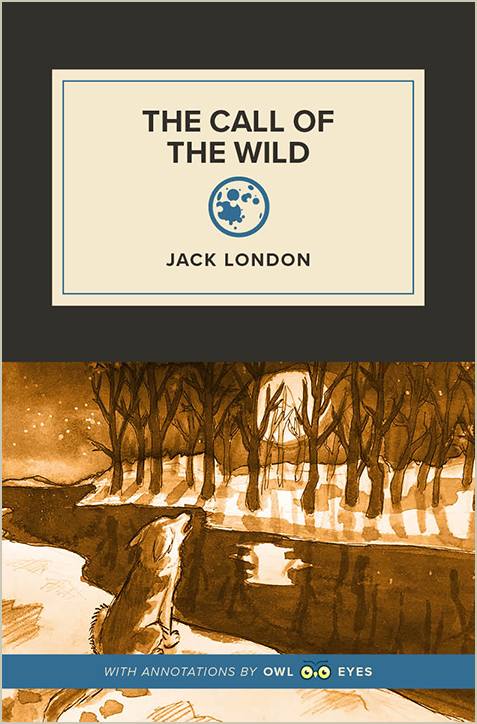 The Call of the Wild was London’s first success, and it represented an imaginative recasting of strands of thought from Darwinism and literary naturalism. The general concept of the book is a clever play on themes generated by attacks on the theory of evolution. Religious writers ridiculed the evolutionists’ idea that humans were the descendants of prehistoric apes and poured scorn on the concept that a being with a godlike soul shared traits with other members of the animal kingdom. Thinkers of this ilk lambasted writers such as Frank Norris, who in McTeague showed animal traits appearing in his characters when they were under stress.

London found a creative way to sidestep such objections, while maintaining central evolutionary tenets. Rather than showing a person descending to animalistic behavior, he describes a dog making such a descent. Certainly a dog is already an animal, but in The Call of the Wild, through a series of misadventures, a pampered domestic dog is transformed into an Arctic wolf.

A central motor of this transformation is the influence of the environment. The dog protagonist, Buck, has adapted to life as a doted-on member of the family, but his life is imperiled by the Alaskan gold rush. Sled dogs are at a premium, and dognappers are scouring the country for hardy brutes. Buck is stolen and sold north to a government courier, Perrault, and learns to adapt to the hard life of pulling a dogsled through the snowy wastes.

Buck’s adaptation is eased by the revival of ancestral traits. As London notes, “not only did he learn by experience, but instincts long dead became alive. . . . [h]e remembered back to . . . the time the wild-dogs ranged in packs through the primeval forest.” Such a note was often struck in Darwinian novels that described human behavior. In the already noted McTeague, the hero’s wife, Trina, becomes increasingly miserly as characteristics of her German peasant forebears come to life. More startlingly, the hero, McTeague, when pursued by the police, resurrects lost animal behaviors, such as wonderfully keen hearing. The ethnic note is also sounded. Where writers describing humans noted the part that racial qualities played in the individual personality, London sees the same type of qualities accounting for Buck’s growing superiority over the other dogs in the team: “His cunning was wolf cunning . . . his intelligence, shepherd intelligence and St. Bernard intelligence.”

The novel is more than a vigorous endorsement of such biological themes; it is also a Bildungsroman, that is, a novel concerned with the education of the protagonist to the ways of the world. Bought by Perrault, Buck’s main teachers are the seasoned sled dogs. He learns from them, for example, that he must not only “wolf” down his food ration to avoid having it stolen by other canines but must try to rob others’ portions to increase his prestige. Buck caps this stage of his education by killing the top dog and assuming his post.

These examples may suggest that a dog’s life is all violence and competition, but, in fact, primitivism has two faces. London’s unusual subject allows him to see virtues in a return to an aboriginal state that could not be found if humans were his subjects. To continue using Norris’s novel as a counterpoint, when McTeague becomes as...