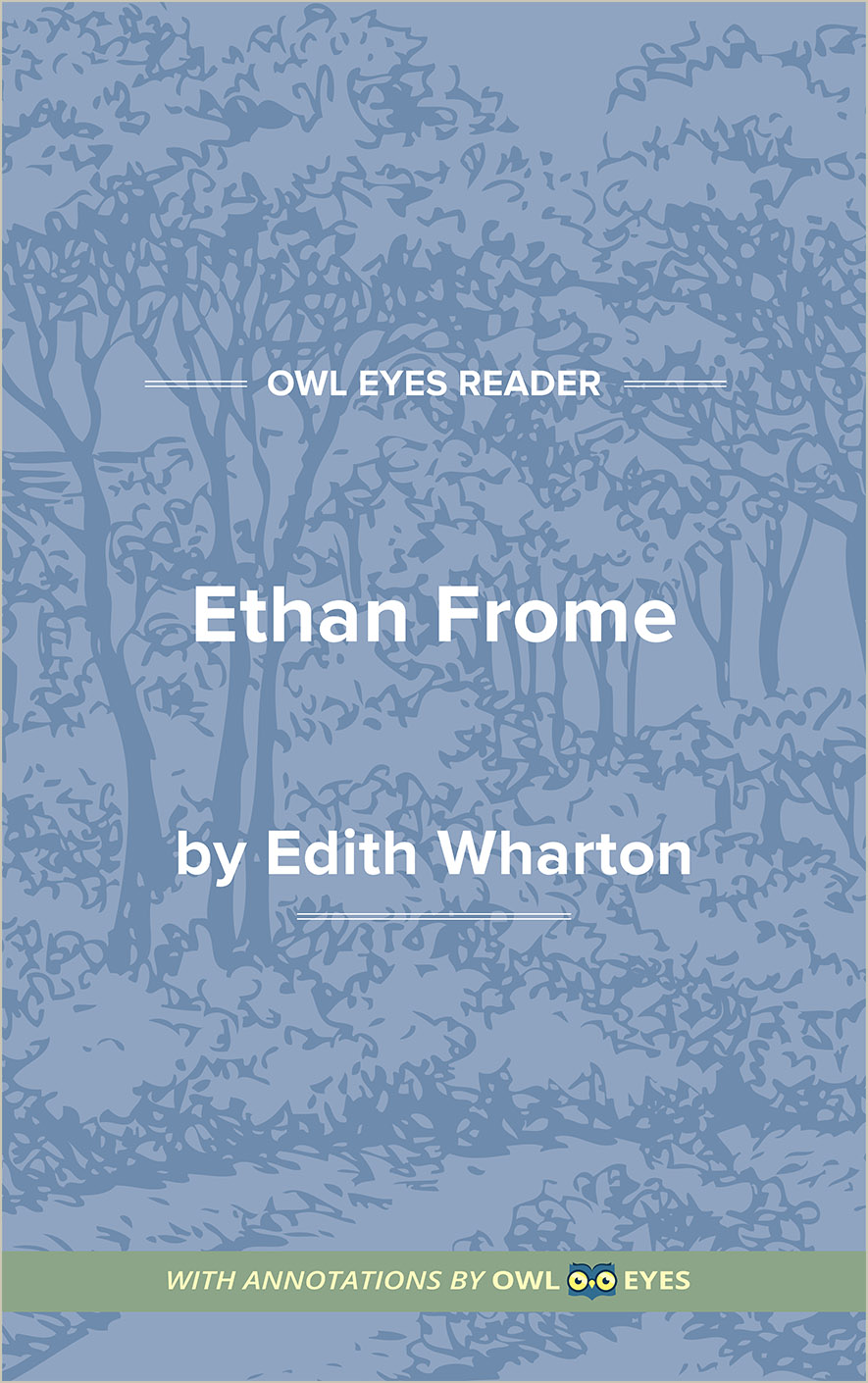 Ethan Frome, neither a commercial nor a critical success when first published, actually offended many of Wharton’s contemporaries by its harsh portrayal of New England life and its characters’ failure to triumph over adversity. Nevertheless, its popularity gradually increased until, by 1920, it had become the best-known and most widely read of Wharton’s works. Wharton herself believed that too much attention was paid to Ethan Frome at the expense of her other novels. Indeed, to judge her career solely by this single novella would prove misleading, because it is very unlike her other major works in setting, tone, and characterization. Like much of her other work, however, it deals with the relationship between an individual and that individual’s society.

Structured as a frame tale, the story unfolds from the point of view of Lockwood, a young engineer on assignment in the isolated New England village of Starkfield. His curiosity about one of the town’s characters, the physically deformed but striking Ethan Frome, drives him to construct a “vision” of Ethan’s history, assembled from information gathered in conversation with various townspeople and from his own observations of the fifty-two-year-old farmer.

The significance of this structure cannot be overestimated; Wharton even adds an uncharacteristic introduction to explain her decision to employ this literary device, which achieves perspective by creating an educated, observant narrator to intercede between the simple characters and the more sophisticated reader. Wharton also adds poignancy by setting the novella twenty-four years after the main action occurs.

Lockwood relates the simple but compelling story of twenty-eight-year-old Ethan Frome, a farmer and mill owner left nearly destitute after the death of his parents, both of whom suffered mental disorders. After enduring lonely years of silence with his mother, who was too busy listening for imagined “voices” to converse with him, Frome marries Zenobia Pierce, seven years his senior, who had nursed Mrs. Frome in her dying days. The sound of Zeena’s voice in his house is music to Ethan’s starved ears, and by marrying her he hopes to escape further loneliness.

Soon after their marriage, however, Zeena becomes obsessed with her various aches and pains, and she concerns herself solely with doctors, illnesses, and cures, falling as silent as his mother.

At her doctor’s advice, Zeena takes in her homeless young cousin, Mattie Silver, to help with the housework. Although a hapless housekeeper, Mattie brings a vitality to the Frome house that has been absent for years, and she and Ethan fall in love. Trapped by circumstances, as well as by Ethan’s strong sense of responsibility toward Zeena, the two foresee no future together.

On the evening that Zeena sends Mattie away for good, Ethan and Mattie decide to aim their sled straight for a giant elm tree so that they might find mutual solace in death. Both, however, survive the plunge, which paralyzes Mattie and disfigures Ethan. Zeena takes responsibility for caring for Mattie and Ethan, and the three live on in the Frome house, as Mattie becomes as querulous and unpleasant as Zeena and Ethan attempts to scratch out a living from his failing farm and mill.

In Ethan, “the most striking figure in Starkfield, though he was but the ruin of a man,” Wharton fashions a character of heroic proportions. He is a country man who would have preferred the intellectual stimulation of the city, a sociable man doomed to silent suffering, a man whose misshapen body mirrors his thwarted intellectual and emotional life. Like Lily Bart in The House of Mirth , he is “more sensitive than the people about him to the appeal of natural beauty” but finds...