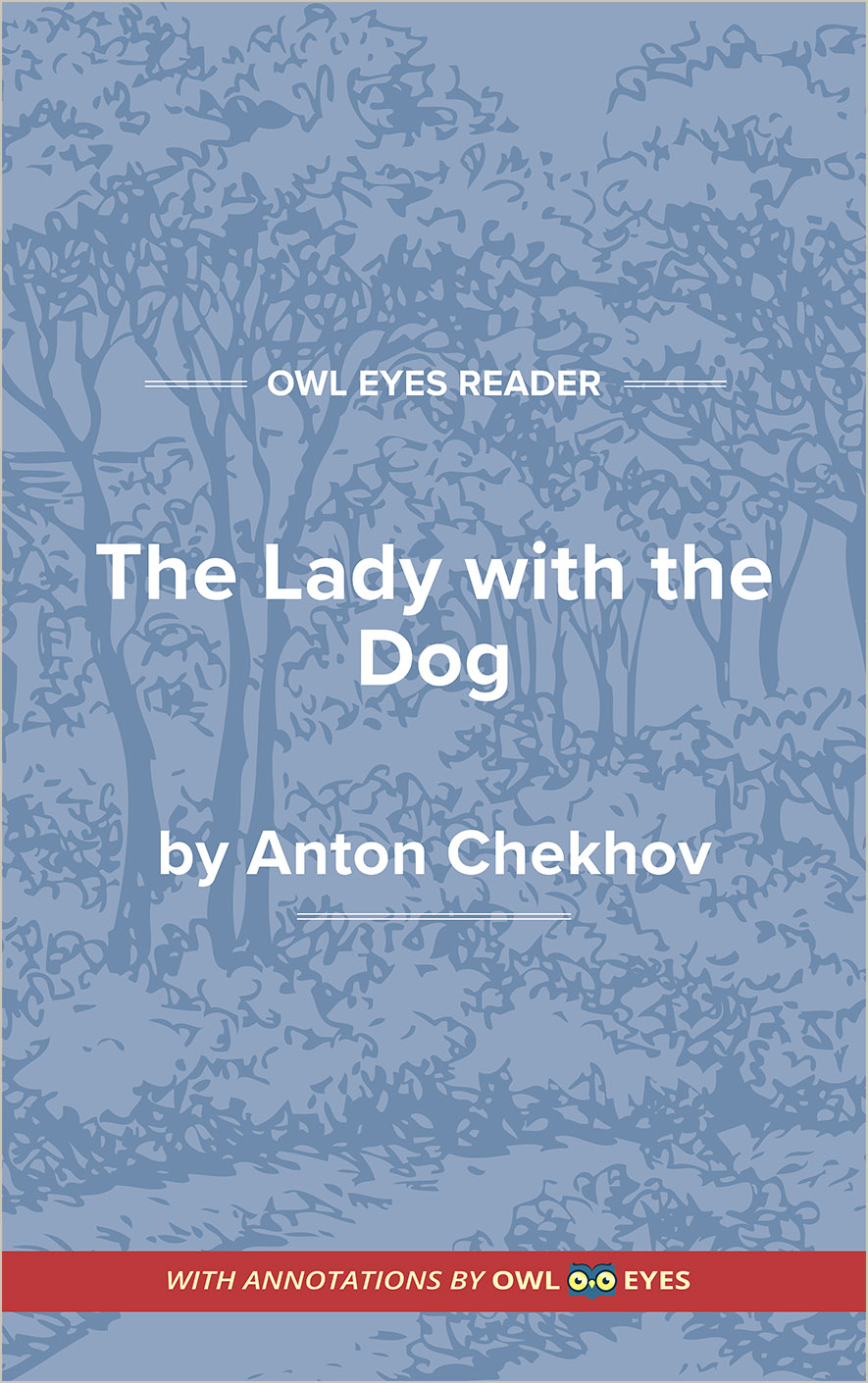 Foreshadowing in The Lady with the Dog

Foreshadowing Examples in The Lady with the Dog:

"IT was said that a new person had appeared on the sea-front: a lady with a little dog..."  See in text (Part I)

Chekhov efficiently sets the scene with this opening line by identifying the setting as a seaside resort, implying that the resort is a little boring (since the appearance of a new person is novel), and strongly suggesting that the woman is alone without a human companion. He uses these factors to foreshadow the inevitable meeting between Gurov and the lady with the little dog.

"What different people one meets in the world!..."  See in text (Part II)

At this point, Gurov takes a moment to reflect on how Anna is different from all of the other women that have been in his life. While this comment could be attributed to Gurov's promiscuous attitude, it more likely foreshadows the future of their relationship and mutual attraction.