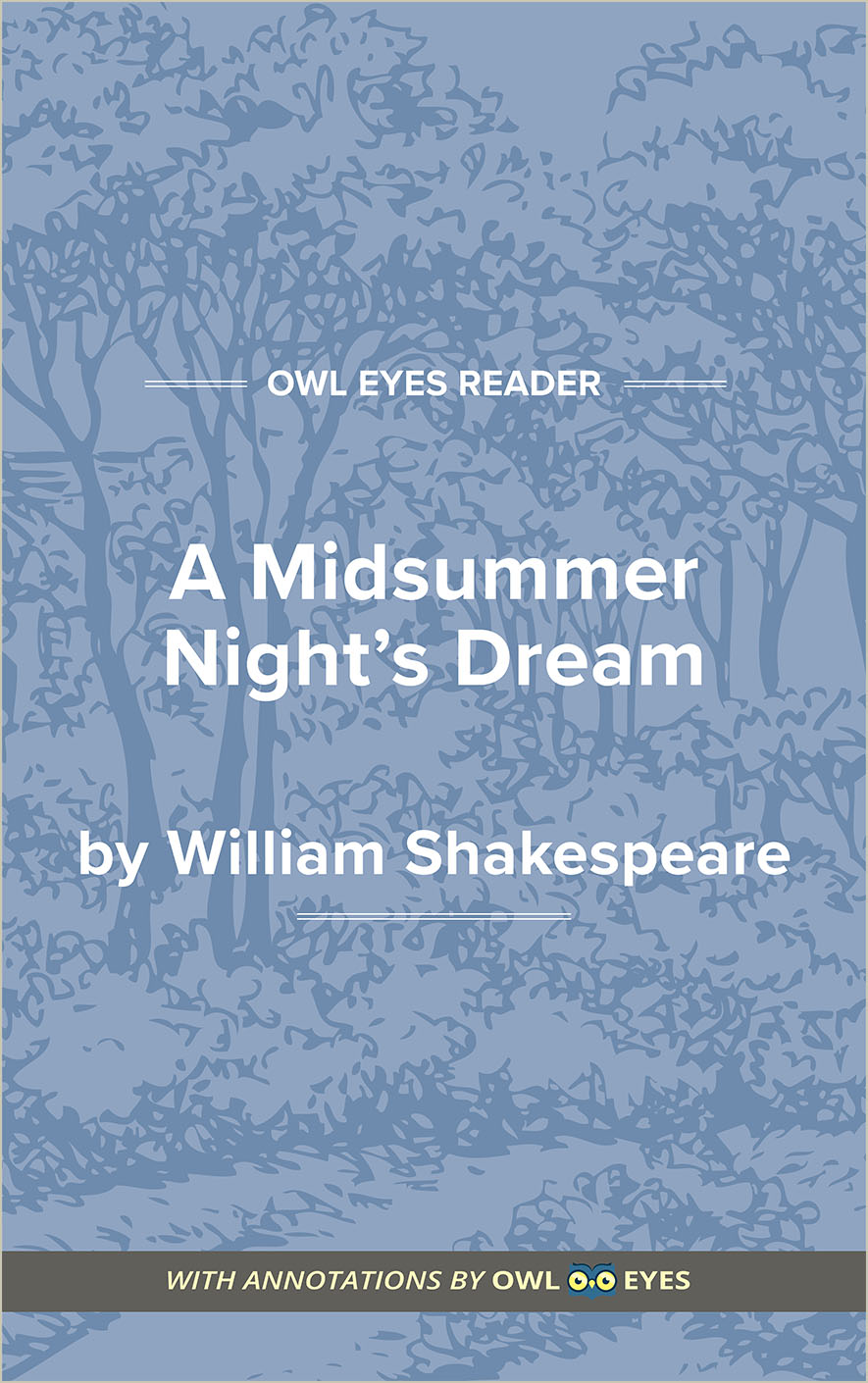 Rhyme in A Midsummer Night's Dream

Rhyme is often used in A Midsummer Night’s Dream to indicate to the audience that certain comments are meant to be humorous, rather than malicious. Rhyme adds comic relief to moments that might otherwise seem tense.

Oberon’s magical scheme in a sense places him in the role of playwright, thus further emphasizing the theme of the play within a play. As the flower’s potion ensures that the being that is most “near” to Titania will become her “dear,” her love is determined by proximity rather than romance. The rhyming of “near” and “dear” is also important as it produces a playful tone rather than one of malice, illustrating that Oberon’s plot against Titania is not evil in nature, but more of an impish prank or game.